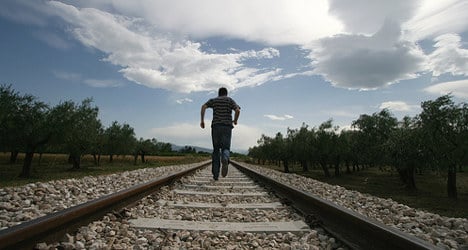 France's results were the worst in the European Union, according to the United Nations Conference on Trade Development report released on Tuesday.

The decline meant $5.7 billion (€4.2 billion) less invested in France as the country battles stubbornly high unemployment, which at 11.1 percent, is an historic level. Investment around the globe jumped by $1.46 billion (€1.1 billion) during the same time.

France is not alone in its troubles. Fifteen of 27 EU countries were also hit with a decline in investment in 2013, which was part of a global trend of cash flowing away from developed countries.

Investors might be lured back by portions of Hollande's new policy package called the “responsability pact,” which has floated the idea of cuts in payroll costs for businesses that create jobs.

The plan, although criticized by left wing elements within his own party suggested Hollande was not anti-business as he is often made to be, and led to questions about whether he'd abandoned his socialist roots, a similar accusation that was laid at the feet of former UK Prime Minister Tony Blair and ex German Chancellor Gerhard Shröder.

Hollande has also called for reforms of the cumbersome French nanny state. In a new year address to civil servants, he said the state machinery was "too heavy, too slow, too expensive," and vowed to focus on cutting expenditure

"We will try and do this everywhere, or wherever possible," he said, pledging to make 50 billion euros (70 billion dollars) in savings by 2017. "Everyone must do their bit."

France has already unveiled a cost-cutting belt-tightening budget for 2014 that aims to bring down the public deficit from the current level of 4.1 percent to 3.6 percent of gross domestic product (GDP) through spending cuts totalling €15 billion and new taxes.

The temporary ‘coup de boost’ aims to encourage households to replace their oil-fired heating systems (chauffauge au fioul) and is in addition to the ‘coup de pouce chauffage’ (heating helping hand) scheme that is already underway to help under the energy saving certificates scheme (CEE).

All households that are primary residences – this aid is not available to second-home owners – equipped with an oil-fired boiler can benefit, with the amount for which they are eligible means-tested according to household resources and the replacement system chosen.

Households with modest incomes benefit from a higher premium.

To benefit from the new temporary bonus, households must replace their individual oil-fired boiler with a more environmentally friendly heating system:

For the connection of an individual house to a heating network, the amount of the bonus increases from €700 to €1,000 for low-income households; and from €450 to €900 for middle and high income households.

Since mid-April 2022, MaPrimeRénov’ financial aid has increased by an additional €1,000 for the installation of a renewable energy boiler. This can now reach €11,000 for the most efficient boilers (pellet boiler, combined solar system) and for households with modest incomes.

It must be noted that the installation of a very high energy performance gas boiler will no longer be eligible for MaPrimeRénov’ as of January 1st, 2023.