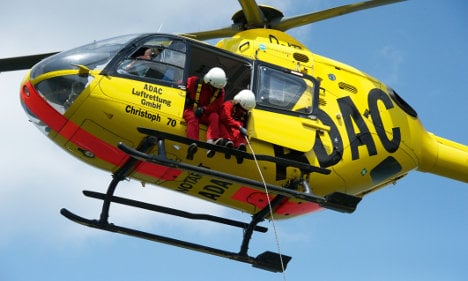 The helicopters are supposed to be used for medical emergencies. Photo: DPA

ADAC, which has 19 million members in Germany, confirmed to Stern Magazine that members of its executive committee had used rescue helicopters over the last ten years, but said it happened on “fewer than 30 occasions.”

It confirmed its president Peter Meyer used one in summer 2003 to get between meetings.

ADAC said in a statement: “Members of the executive committee are allowed to use stand-by machines from air rescue for official business when available.”

The helicopters belong to ADAC’s non-profit air rescue section and are funded by members’ donations, health insurance contributions and the state, Stern said.

ADAC is currently under fire for manipulating votes for its previously respected car of the year award. Communications head Michael Ramstetter resigned following the revelations.

Ramstetter bumped up the number of votes cast by ten times to make the VW Golf 2014's car of the year. Ramstetter claimed 34,299 were cast for the VW Golf. In reality it was 3,409.

Meyer ruled out his own resignation on Tuesday.