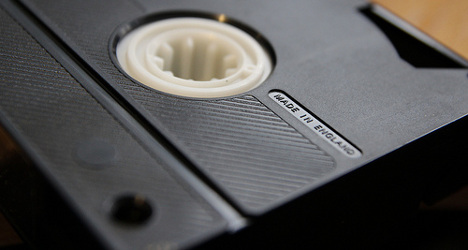 The man became known as the "good thief" in Spain after news of his anonymous tip-off about the videos and their owner spread around the globe.

Now the 20-year-old has given himself up to authorities in the southern city of Jáen, according to local daily Ideal de Jáen.

The Good Samaritan has a past history of burglary and violence, and is wanted in connection with other crimes, police sources told the newspaper.

Those same sources said they had visited the man's residence on several occasions recently but had not found at home.

On Wednesday evening, however, the burglar turned himself him after prompting from his lawyer.

He now faces charges of breaking and entering and will appear before a magistrate in the very same court as the paedophile arrested after his tip-off.

In December, police found the tapes incriminating the child abuser under a car in Jaén, with a note from the thief containing the suspect's address.

"I have had the back luck to have these tapes fall into my hands and feel obliged to give them so you can do your work and put this … in jail for life," the burglar's note read.

The suspect was identified from the content of the videotapes and arrested after a search of his home and the indoor football club where he  worked, police said at the time.
Four victims were identified including a 16-year-old  boy who had been abused since he was 10.
The suspect had reported a burglary at his home nine days earlier, listing several appliances as stolen but making no mention of his missing video camera  and tapes, police said.