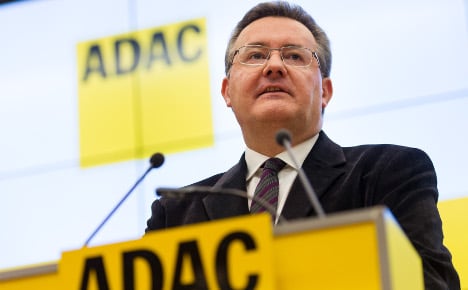 The 19-million member Allgemeine Deutsche Automobil Club (ADAC) became embroiled in a scandal over the weekend after allegations that it had falsified the results of its influential car of the year award called the Yellow Angel.

In a statement on its website the group said: "The ADAC Board has ordered a comprehensive investigation of all incidents and allegations. This began immediately after the first accusations of manipulation and is ongoing. Results will be released after completion of the investigation."

Bild newspaper reported on Tuesday that hundreds of motorists had already cancelled their membership to ADAC in disgust.

The newspaper also said that Munich’s state prosecutor was also looking at the case. Thomas Steinkraus-Koch said fraud charges could probably be ruled out but corruption or bribery were “possible grounds for an investigation”.

The Munich-based company’s communications head Michael Ramstetter has taken the blame for falsifying the figures. For its 2014 award Ramstetter claimed that 34,299 were cast for the winner, the VW Golf. In reality it was 3,409.

But German media is speculating that the manipulation did not stop with Ramstetter and went back many years.

In a press conference on Monday, ADAC’s managing director Karl Obermair said he would stay on in the post, saying that Ramstetter "is not a pawn sacrifice, but a high-ranking executive of the ADAC."

Pledging a full investigation, he said ADAC staff were demoralized by the scandal and had reacted to the news with "an emotional mix of outrage, anger and disbelief".