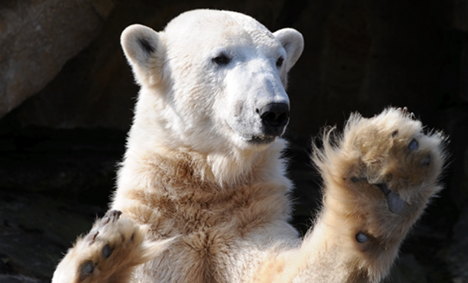 It has been public knowledge for some time that Knut had inflammation of the brain – encephalitis – which caused him to fall into the water in his Berlin enclosure and drown.

The complete autopsy, released on Friday, revealed that the the damage to his brain was so severe that even had he had not have fallen into the water and drowned he would have died anyway.

Experts at the Leibniz Institute for Zoo and Wildlife Research (IZW) confirmed that he was suffering from a virus which caused the encephalitis.

Exactly which virus it was remains a mystery, but the IZW did rule out that Knut had equine-herpes – a popular theory since his death on March 19th 2011.

“An animal's death has never been so thoroughly investigated,” IZW animal pathologist Claudia Szentiks said. Experts from the University of California and from Berlin's Free University were also involved in the post-mortem.

The full report has been published in the Journal of Comparative Pathology. Szentiks said that it went far beyond an autopsy write-up, but “reached brand new realms of research," the Welt am Sonntag newspaper reported.

Those working on Knut's case are convinced that their work will provide important information about understanding illnesses among zoo animals.