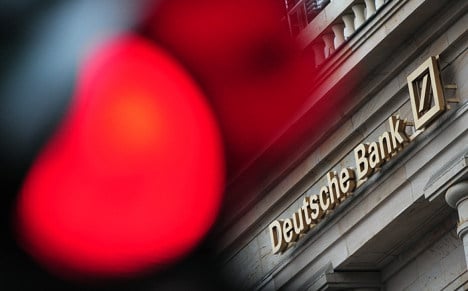 Deutsche Bank was fined the largest amount by the commission which handed down a decision in the Euribor and Libor interest rigging scandal, involving the Royal Bank of Scotland, Citi Group, Société Générale and JPMorgan

Barclays and UBS were spared fines after alerting authorities to the scandal which saw the banks act as a cartel to rig the interest rate benchmarks, Euribor and Libor..

The German banks fine was broken down into one of €465m for taking part in euro market rigging and another €260 million for that of the Japanese Yen, the Süddeutsche Zeitung reported.

The money will come out of the €4 billion Deutsche Bank has set aside for paying fines.

“The decision today is a clear signal that the commission is resolute in its fight against cartels in the finance sector,” said EU commissioner responsible for competition Joachin Almunia.

As well as Deutsche Bank, France's Société Générale must pay €466 million and the Royal Bank of Scotland €391 million. 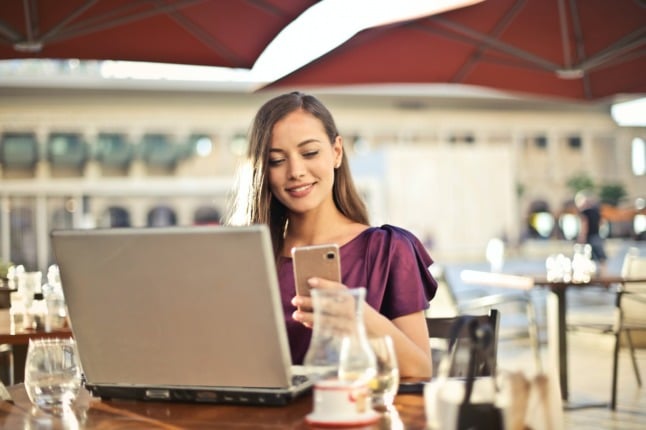 “Twinting” money with a smartphone is easy and convenient. Photo by Andrea Piacquadio from Pexels

In Switzerland, the word “Twint” is used both as a noun and a verb.

As a noun, it describes the mobile application which allows you to pay for various goods and services practically everywhere in the country.

As a verb, (“to twint”), it means to send someone money, or receive it, via the same app.

So what exactly is Twint?

Simply put, it is digital cash (not to be confused with bitcoin, which is digital currency) that was first introduced in Switzerland in 2014 and has become very popular since then.

People like it because it is an easy and quick way to make instantaneous payments, especially in situations when credit cards or physical cash can’t be used.

A big part of its convenience is that it can be used at cash registers, vending machines and parking meters, as well as in online shops — pretty much everywhere in Switzerland, even in places that don’t accept credit cards.

The only similar mode of payment would be your maestro debit card issued by your bank.

This video explains exactly how the process works.

Another advantage of Twint is that you can use it to send money to someone else’s mobile phone — as long as they also have Twint. And you can receive money the same way.

And there are no fees or charges for this service.

How does Twint work?

Anyone can use Twint, but you need a Swiss bank account or a credit card and, of course, a smartphone.

But If you have a compatible phone, installing Twint is easy.

Swiss banks offer their own version of the app, and you can download it directly from your bank’s website.

Then, when you use Twint to make a payment, the amount is debited directly from your bank account or credit card.

By the same token, if you receive payment from another Twint user, the money is automatically deposited in your account.

And you are not limited to just one Twint app.

If you have accounts is several banks, or have more than one credit card, you can install and use all of them.

Can Twint be used to make payments and receive money from abroad?

For the moment, Twint can be used solely in Switzerland and payments can be made only in Swiss francs – although this may change in future.

“We are, however, working closely with providers in other countries to develop an international and multi-currency solution”, according to Twint website.

You can find more information about Twint here.