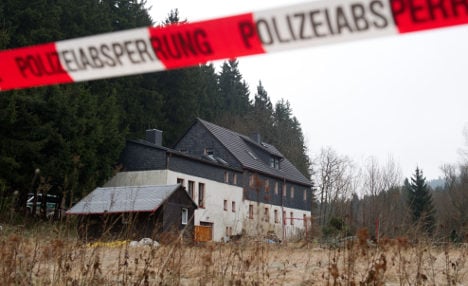 The 55-year-old officer, who worked for Saxony’s State Office of Criminal Investigation, allegedly killed a 59-year-old man from Hannover, according to police and state prosecutors in Dresden.

At a press conference on Friday, one investigator spoke of "a bizarre treatment of the corpse."

The suspect, named as Detlev G., reportedly killed his victim at their first meeting, on November 4th, and cut up his body within four to five hours, before burying the parts in different parts of his garden, the Süddeutsche Zeitung newspaper reported.

Detlev G. himself gave a statement and told officers where the parts were buried.

Although the two men met via a cannibalism website, police are yet to find evidence that parts of the body were eaten.

According to investigators, the men met in October on the same forum used by the infamous Rotenburg cannibal in 2001.

The victim is said to have expressed the wish to be killed and eaten, and the two men communicated extensively via email, online chat, and text messages, before they finally met.

When the Hannover man, a business consultant, went missing, police began a search and weeks later tracked him down using his communications with the suspected killer.

"They did not know each other personally until then," Dresden head of criminal investigations Maik Mainda told the press conference.

The two men met at Dresden railway station, from where the suspect drove his visitor back to his house in the town of Hartmannsdorf-Reichenau.

"The agreement was that the killing should take place immediately," Mainda said.

The suspect "then used a knife to cause a life-threatening wound on the throat of the victim, which led to his death," he said.

"The suspect has told us that he then cut the victim into separate pieces, including many very small pieces, and that he also cut through bones. The suspect then buried the body parts on the sloping lawn of his property."

In 2001, German cannibal Armin Meiwes made international headlines for admitting to killing, mutilating and eating the flesh of a lover whom he had met on the internet via an advertisement looking for a "slaughter victim".

Meiwes was originally convicted of manslaughter and sentenced to eight and a half years in prison in 2004, but another court found him guilty of murder in a retrial and jailed him for life.