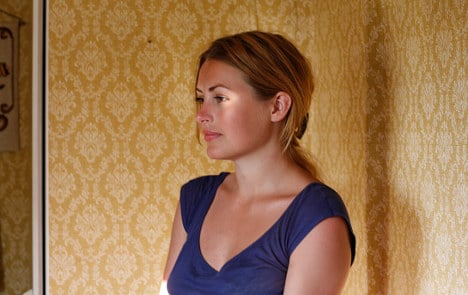 The coal-smudged face of an Appalachian miner, the mascara sludge under the reddened eyes of a Swedish teen girl. A fairy with glitter-splattered cheeks in front of an American cabin, a young black-clad gymnast doing the splits on a tiger-print bed spread somewhere in the south.

Before returning to the beaches of her childhood home in Österlen in southern Sweden, Hannah Modigh, 33, spent three separate three-month stints in the United States.

"I wanted to focus for a period and that means it's good to go away by yourself and become immersed," Modigh tells The Local of her time spent first in the Appalachian mountain range in the eastern United States. Being able to communicate in English was part of the allure, but it was also the simple attraction of the States that drew her across the Atlantic. "It's a very exciting place with stark contrasts, and it is incredibly beautiful."

Her Hillbilly Heroine Honey reportage and book takes a wide look at life in the American mountains, including several landscapes, but also many portraits and snapshots.

"It's beautiful but also tough. People live tough lives, intermingled with the beauty," says Modigh. Her book won Photo Book of the year in Sweden in 2010.

She then headed west for the second of what she calls her "American Trilogy."

SEE ALSO: A gallery of images from Modigh's project The Milky Way

Sunday Morning Comin' Down focuses on youth in San Francisco. The opening picture on her website shows a young man, half naked, splayed on a bed, sleeping in the sunlight. Then an abandoned street. Tattoos, nudity, smiles, and kisses follow. Then back east, this time to Louisiana.

"I think a lot of people in the suburbs of New Orleans thought it was very odd that a young white woman would walk around in what are more or less slums," say Modigh (coincidentally, her family name means 'brave' in Swedish). "They'd either think I was police or had some kind of hidden agenda."

Yet bring home pictures she did – and Modigh, who cites work by photographers Trine Söndergaard, Paul Graham, and Jouko Lehtola as inspiration, is now wrapping up her trilogy of American books. The last book will be called Hurricane Season.

Interspersed among trips across the Atlantic, Modigh set to work chronicling adolescence at home in Sweden –  a process not dissimilar to going away to work abroad, apart from lacking the ability to see old things in a new way.

"In a new place your eyes are open, allowing you to see things you may not see at home, but for The Milky Way I've incorporated some of my own memories in the story," she says.

She adds there are some differences between her generation that came of age in the 1990s and the Swedes becoming adults today, but that things are mostly the same despite the 20-year gap.

"When I was a teenager there were a lot of Nazis in the south of Skåne, while my friends and I were into grunge or punk," she explains, underlining that there seemed to be a less overt political conscience among today's Swedish teens, yet their interior landscape was as rich as ever. In other words, they still feel a lot.

"What I remember most clearly are those feelings that bubble up. It's very up one minute, down the next – going from euphoria to desperation, then back up again," she says. "One night out can feel like the be all and end all."

She says the primary emotion she picked up on while taking pictures of young Swedes was desire, looking forward to gathering experiences.

"Maybe you just kiss someone once every six months, but you spend a lot of time thinking about it," she ruminates.

On Tuesday, Modigh beat off colleagues and fellow nominees Martin von Krogh and Trinidad Carillo to win TT's Big Photo Prize – and the 100,000 kronor ($15,200) that come with it – which recognizes a contemporary photographer who through photojournalism or reportage best captures modern Sweden. What will Modigh do with the cash?

"It's a bit boring, but basically I borrowed money to publish my earlier photo books, so this will free me up from some of the interest payments," Modigh tells The Local. "Which is fantastic, because it means I can push on with new projects." 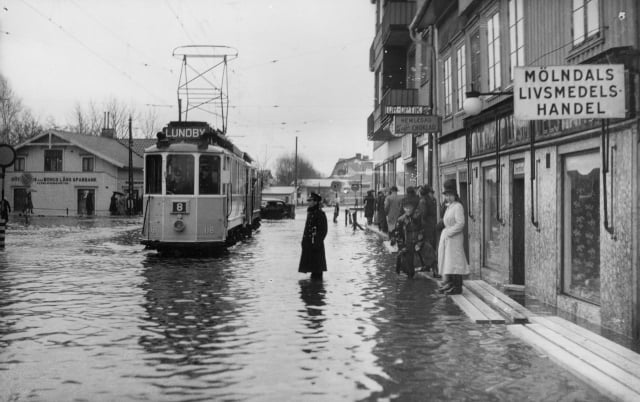 PHOTOGRAPHY
Step back in time: 10 images that bring historic Gothenburg to life
Url copied to clipboard!