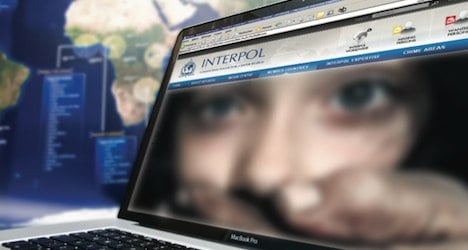 The principal accused, a 35-year-old German living in Thurgau, received the higher prison term after being convicted by a district court in Sirnach of assaulting his six-year-old son, the ATS news agency said.

According to shocking court evidence, the man, who is HIV positive, repeatedly sodomized his son without using a condom.

The prosecution maintained the man used GBL, a “date-rape” drug, on the boy, although the convicted man denied this was the case.

He even admitted to selling the services of his son to other pedophiles for 300 euros a time, the court heard.

The other convicted man, a 42-year-old from the canton of Glarus, was similarly found guilty of sexually abusing his seven-year-old son and publishing images of this abuse on the internet, ATS said.

The cases date back to 2007 and 2008 and the accused have been held in detention for five years.

The men were arrested in 2008 following an international police operation targeted against pedophiles and child pornography.

They said they regretted their “atrocious acts”, ATS reported.

They were ordered to pay their sons, now aged 12 and 13, several tens of thousands of francs in damages, the news agency said.

The victims are currently undergoing therapy, while the convicted men have been ordered to also undergo therapy while behind bars.

A third man accused in the case, a companion of the principal convicted man, received a suspended 18-month prison term.

Court was told he engaged in sexual acts with the father in the presence of the young boy.