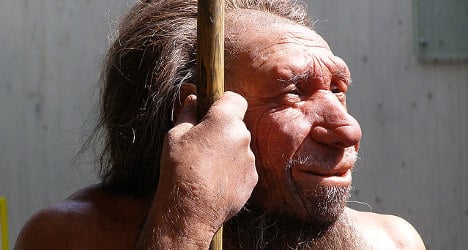 “They appear to have been killed and eaten, with their bones and skulls split open to extract the marrow, tongue and brains,” Dr Carles Lalueza-Fox believes. Photo: Erich Ferdinand

The cache of bones found in 1994 at El Sidrón cave, some 50km from the Spanish city of Oviedo, has been the subject of thorough scientific studies for the past two decades.

CSI-style forensic techniques now reveal the degree of savagery used by the cannibalistic attackers on their early human victims.

“They appear to have been killed and eaten, with their bones and skulls split open to extract the marrow, tongue and brains,” Carles Lalueza-Fox, scientist at Barcelona’s Institute of Evolutionary Biology, told UK'sThe Sunday Times.

“The victims included three female and three male adults, three boys aged 12-15 and three children aged from two to nine years. All had been butchered. It must have been a big feast.

Dr. Lalueza-Fox, who presented his findings at the Royal Society in London last Thursday, told the UK broadsheet how the bone remains showcase what clashes between two rival Neanderthal gangs could result in.

According to the Barcelona-based scientist, the bones had been preserved in extraordinary condition because of their positioning deep inside the El Sidrón cave.

Lalueza-Fox doubts the cannibal gang were fussy eaters, having been forced to resort to desperate measures to feed themselves in the cold winter.

“There is no evidence of any fire so they were eaten raw immediately and every bit of meat was consumed.

“They even cut around the mandibles of the jaw to extract the tongues.”

Neanderthals were a subspecies of modern day humans who are believed to have existed in Europe as early as 600,000–350,000 years ago.

According to scientists, their DNA differs only 0.3 percent from ours.