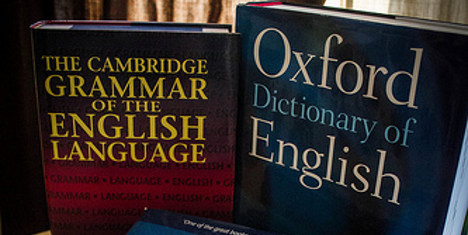 When international business leaders and Italy’s prominent politicians met on Monday to discuss the country’s future, the conference was billed as an English-language event.

But after Prime Minister Enrico Letta summed up the state of the country’s economy in English, panelists discussing the future for business in Italy then chose to speak in Italian.

It was a decision that frustrated Norwegian delegate Elisabeth Holvik, chief economist at the Oslo-based bank, Sparebank 1, who felt it was "unfair to those who had travelled thousands of miles" to the Rome event, organized by the Financial Times.  She aired her views during the question and answer session.

Speaking to The Local after the conference, she said her frustration mainly stems from her experience of grappling with business processes in Italy, where she has a number clients.

"The country’s system of doing business is a further barrier. It’s so complicated you really need someone locally to understand and translate everything," she said.

Though delegates at the conference were offered translation headsets, Holvik said using them is difficult as words can be lost in translation.

The panelists under the spotlight effortlessly switched into English once prompted, suggesting using Italian is seen as a choice rather than a necessity.

Holvik believes the inability, or reluctance, among Italians to speak English is an impediment for Italy, adding that they "need to change their approach" in order to compete more effectively at an international level.

“If you really want other foreigners to invest in Italy, you should make the effort to make them feel welcome; the first thing is to use the international business language, English,” she said.

Her views were echoed by Luigi Viglione, a lawyer in Rome, who believes an inability to speak English "closes the door to foreign business".

"It is an obstacle. For example, whenever I need to translate a document for a foreign client, I have to pay for an interpreter, as I only know basic English and have nobody among my staff who can do it. This can get very costly," he told The Local.

Carmelo Brunetta, a businessman in Rome, says that many of Italy's top executives are, in fact, fluent in English, and often other languages.

"Problems might arise for foreign companies here when hiring lower-level staff, but that's irrelevant," he told The Local.

But for Holvik, the decision among business leaders to speak Italian when they are fluent in English represents “an attitude problem”.

“They perceive themselves as very cultural and the idea of adapting to others is harder than for those from other small, open countries such as Norway, where we know that we have to communicate [in English],” she said.

Fabrizio Goria, a financial reporter for the news site Linkiesta, questioned the impact the choice of language has on Italian business success in a column after the event.

"Perhaps this is why businesses in Italy attract so little foreign investment? But perhaps it is also about mentality, with little inclination towards foreign cash flows,” he wrote online.

Despite the drawbacks a lack of English might cause businesses in Italy,  Viglione believes attitudes are gradually changing.

“English is the number one language in the world, so it is important. I think people are beginning to realize this, especially because of the recession,” he said.

“The younger generation is starting to understand how important languages are, especially English,” Viglione said.

In order to speed up the process and boost business prospects, Holvik said Italy needed to increase the use of English at every level of society.

“They should be more conscious about the need to be better at languages,” she said.

“Make it a national campaign to increase interest and focus in schools to learn English. You need to learn from a young age that you need to communicate. You can’t just wait for people to come to you to be part of the global economy."