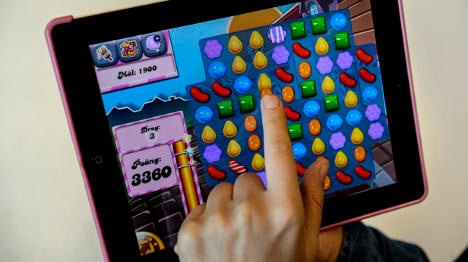 A Candy Crush player opting for the unusual tactic of crushing candy towards the top of the screen. Photo: Jessica Gow/TT

If you're in the extreme minority and you haven't heard of Candy Crush, then you're not only missing out on a desperately addictive game, but you're also missing out on working at the nation's best workplace. At least that's according to a new survey carried out by employer branding experts Universum.

The ranking took into account each company's internal identity, employee loyalty, as well as employee satisfaction on a scale from one to ten. While King performed well in all three aspects, enough to give it top spot, the high rankings didn't stop there, said Claes Peyron, Global Head of Insight at Universum.

"King.com had an outstanding recommendation score, that is, how willing an employee is to recommend the company to their friends or their networks. We found that 78 percent of respondents would gladly recommend King.com, and that's super high," he told The Local.

He also pointed to King's strong culture as a value-based company, even though it has doubled its size over the past year.

"It's a phenomenal performance. Usually a company loses some parts of its culture when it grows like this, but King has taken great measures to make sure that the people hired are a great cultural fit."

Indeed, when The Local headed to King's offices in Malmö back in June, Game Director Daniel Persson explained that everyone has a voice in the company.

"Our philosophy is that it is a flat organization where everybody is close to the decision makers. The individual has a big say in what is going on," he said.

So what makes a good employer in Sweden?

Peyron said that Universum's study suggests that any company with strong innovation, entrepreneurialism, and inspirational managers stood out the most.

"It's very clear that people are looking for innovation in Sweden right now."