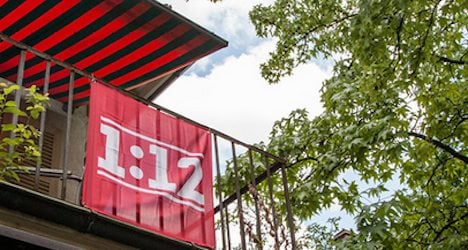 The survey by pollsters Gfs showed that 36 percent of the electorate now supported the "1:12" initiative, named after the ratio it seeks to set between the highest and lowest salaries in a company.

The poll, which was commissioned by Switzerland's public broadcasting company, showed that 54 percent of voters were now against the plan.

A month ago, both camps had been neck and neck on 44 percent.

Hoping to see the same kind of backlash that in March saw Swiss voters back a ban on golden handshakes in the business world, the left-wing campaigners behind the initiative have been working round the clock ahead of the November 24th plebiscite.

The referendum campaign was spearheaded by the youth wing of the Swiss Socialist Party, and Wednesday's poll showed clear political divisions between the Alpine country's left-wing and right-wing voters on the issue.

But the referendum campaigners have rejected that hands down, saying that an informal 1:12 ratio was not uncommon in the Swiss economy even two decades ago, but that things have got out of hand.

To hammer home their message, they have run an online "Fat Cat of the Week" campaign, spotlighting executives who make more than 200 times the salary of their companies' lowest-paid staff.

Ten percent of voters remain undecided, according to the Gfs poll of 1,215 people, which was carried out between November 7th and 12th and had a margin of error of almost three percent.