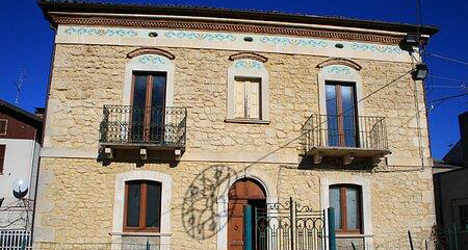 This four-storey house in Abruzzo, on the market for €149,000, is one of many attracting interest from foreign buyers. Photo: A Place In The Sun

Italy has always been popular with foreign buyers but it has traditionally been seen as one of the more expensive destinations for a European holiday home, Sarah Norman, marketing director for A Place in the Sun, a television series broadcast on the UK's Channel 4, tells The Local.

Not anymore: house prices have been steadily declining since their 2008 peak, while a further fall of 1.3 percent is forecast for 2013, Norman says.

“Your cash is now stretching a lot further than it used to,” she adds.

A four-bedroom house can be found from as little as €38,000, while more luxurious homes, complete with swimming pools, vineyards and period features, can be found for under €200,000.

Click here for a list of the bargain properties to be found across Italy, from a three-coned Trullo house in Puglia to an eighteenth century country house in Marche.

John Dillon, an estate agent with RealPoint Property, says Puglia and Emilia-Romagna are among the most sought-after regions, while many foreigners are also flocking to Sicily and Calabria to snap up properties abandoned by locals heading north for work.

A range of homes in Italy will be on show at the A Place in the Sun exhibition, which is taking place at Olympia London on 28th-30th March next year. Readers of The Local can receive free tickets to the show by clicking here.