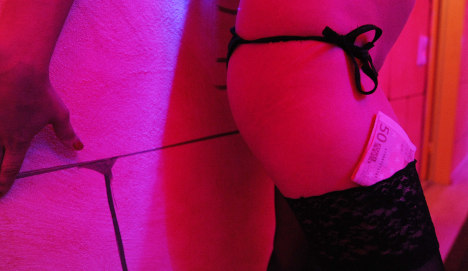 The woman has been charged with fatally stabbing the 71-year-old in June and her trial opened in Düsseldorf on Monday.

The client had refused to pay her the fee and told the woman, whose three children were in care, that he would make sure she did not get them back.

It was then that she apparently got a kitchen knife and scissors and stabbed him repeatedly.

As the case opened, the judge heard how the 31-year-old was a drug addict who had had her three children taken off her – one of whom was severely disabled. She had been a heavy cocaine user through the pregnancy and picked up clients on the street.

She has refused to comment on the charges, with her defence saying she was psychologically ill at the time of the attack and therefore cannot be held responsible for the crime.

Court medics also identified the woman has a degree of brain damage she sustained from a head injury as a child.

The pensioner's son discovered his father's body when he came round to bring him an evening meal. He had by chance bumped into his father near the area in Düsseldorf known for streetwalkers.

READ MORE: 'I come to Germany for prostitutes – it's like Aldi'