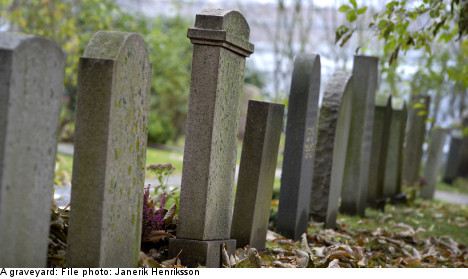 The shooting took place in a graveyard in Helsingborg when the man was struck by a bullet in his back. Despite the attack he was able to bring himself to the local hospital were his injuries were described as serious but not life threatening.

"He was in the cemetery together with some other people. We don't know why the group was there at that time or what they were doing," said Nils-Erik Svensson of the Helsingborg police to the Helsingborg Dagblad newspaper.

Svensson added that when the man arrived at the hospital by his own means he was in an intoxicated state. He was later questioned when he sobered up.

According to the local newspaper the victim underwent surgery on Sunday morning to remove the bullet from his back. Police have classified the shooting as serious assault and said that the bullet was fired from a small bore weapon.