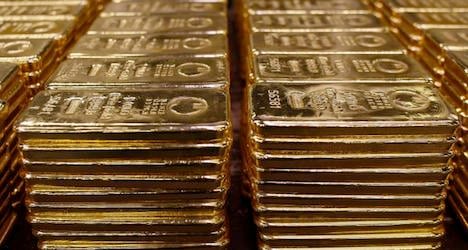 Argor-Heraeus is believed to have refined almost three tonnes of gold ore pillaged from the country between 2004 and 2005, according to Track Impunity Always, or TRIAL, an organization dedicated to ensuring that perpetrators of international crimes are held accountable.

The NGO said it had filed a criminal complaint against Argor-Heraeus, and that the Swiss federal prosecutor's office had responded on Monday by opening a probe into the company for "complicity in war crimes and pillage".

The company knew, or should have assumed, that the gold which passed through Uganda had been obtained through pillage in DR Congo, the group said.

Argor-Heraeus, one of the world's largest processors of precious metals, strongly rejected the allegations.

In a statement it said the firm had already been cleared of similar suspicions by two Swiss and one UN investigations.

"Eight years after the conclusion of the case, the allegation arrives like a bolt from the blue for Argor-Heraeus," the company said.

TRIAL claims that the gold in question was illegally mined by a group called the National Integrationist Front (FNI), which financed its operations through trafficking in gold.

The FNI was created with Ugandan support and in 2003 took control of a mineral-rich area in the conflict-ravaged northeastern Ituri region of the DR Congo.

The gold "was mined in appalling conditions" before being sold in Uganda by a Congolese gold trader and air transport company owner called Kisoni Kambale, TRIAL said.

They then sold it on to British Hussar Limited, based in the Channel Islands.

The gold was initially refined by South Africa's Rand Refinery, but that company stopped working with Hussar in mid-2004 "because it suspected the gold had been acquired illegally," TRIAL said.

That's when Argor-Heraeus entered the scene, refining nearly three tonnes of the gold into ingots from July 2004 through May 2005, according to TRIAL.

"By turning this illegally obtained gold into ingots, Argor-Heraeus made it impossible to identify the criminal origin of the gold," TRIAL charged.

The Swiss firm said on Monday that in 2005 it had "decided not to accept any material for processing in its plant from Uganda and instable regions and to cease any commercial activity with Hussar".

Such a move was too little too late, said TRIAL, noting the DR Congo conflict and illegal gold trade had been going on for years.

A 2004 UN report documented Hussar and UCI's role in the pillage, and recommended sanctions against Argor-Heraeus, claiming they were supporting the FNI and thus violating a United Nations arms embargo.

However, the UN did not impose sanctions on the Swiss company.

TRIAL has mounted a public awareness campaign against the "war crime" of pillaging , which includes this video: