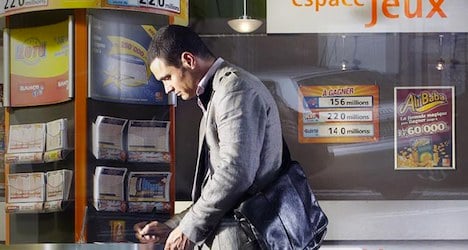 The record jackpot was won from the lottery draw of August 23rd, with the winning ticket purchased in the canton of Valais, Loterie Romande said.

The organization did not make public who won.

But the SonntagsBlick newspaper revealed that the winner had yet to collect the jackpot.

Willy Mesmer, a spokesman from the German-language lottery organization Swisslos, told the newspaper that 80 percent of lottery winners claim their prize within two weeks of the jackpot being announced.

Winners have up to six months to collect their cash but after that it’s too late.

Le Matin said the winner may have good financial reasons for delaying picking up the windfall.

The newspaper cited a tax expert who noted that by waiting until next year to claim the prize, the winner could escape tax on assets for the 2013 income tax year.

The winner could spend some of the money next year and end up paying a lower tax on assets calculated for the end of 2014, the expert said.