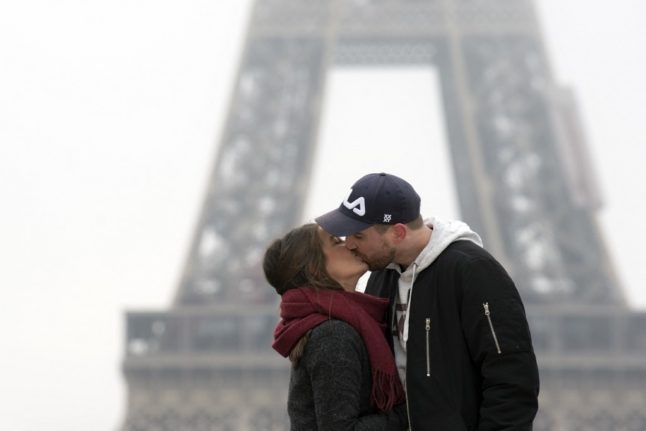 Surveys (doubtless very scientifically rigorous) abound on the subject of the ‘world’s sexist accent’, and French usually comes out on top, although sometimes beaten by Italian.

It’s a long-standing trope that seductive or charming characters in English-language TV or film will be French, and even extends to cartoons – remember the romancer/sex pest cartoon skunk Pepé Le Pew and his thick French accent?

But what is it about the French accent that gives it this reputation? According to one expert, it’s all in the minds of Anglophones.

Dr Nigel Armstrong, a lecturer in French and sociolinguistics at the University of Leeds, said the reason we find French sexy has little to do with the language itself.

“There’s nothing in the accent itself that has anything to do with it being considered sexy,” Armstrong told The Local.

“People, especially the British have this stereotypical view of sexy French women in Paris, the haute couture, the French cuisine and we consider them stylish people, and all this adds to their sex appeal, which is basically what makes their accent seem sexy.

“Any accent is just a series of sounds. The explanation of why we find French sexy and charming is cultural and social.

“There have been several surveys carried out in the UK about how people react to the different regional accents we have. Birmingham often comes out bottom of the table. There’s no linguistic explanation for that, it’s just people often have a negative opinion of Birmingham as a bit of grimy post-industrial city.

“Similarly the London accent is often rated badly when it comes to honesty and that has to do with the stereotypes of cockney’s being ‘jack the lad’ type characters.

“The accent that the Queen had always rates highly in terms of intelligence but low when it comes to friendliness.

“One thing that’s nice about the French accent – for foreigners – is that you generally can’t make sense of it in terms of class or social standing.”

Exactly where that French reputation for style, romance and seductiveness comes from – and whether it’s true for even a tiny portion of the population – is a topic for another day.

And what accents do the French themselves find sexy? Italian rates highly among French women – for similar reasons around stereotypes of ‘romance’ and believe it or not the British accent is often regarded as sexy (or at least charming) by French people.

A version of this article was first published in 2013.

Perhaps inspired by this month’s Paris Fashion Week, the non-binding recommendations from the Commission for Enrichment of the French Language were published in Wednesday’s Official Journal.

Instead of an “it-bag” — defined as “a handbag in the latest fashion or that stands for a brand” — ministries and businesses are encouraged to write “sac iconique“.

An “it-boy” or “it-girl” can now safely be described as an “icone de la mode” and a “must-have” transforms into an “incontournable“, while “try before you buy” becomes “essayer-acheter”.

There are also more baffling business terms that may be unfamiliar to many native English speakers, like “digital native vertical brand” (“marque integree nee en ligne“).

Set up in 2015, the Commission for Enrichment of the French Language aims to “provide French vocabulary appropriate to the need for communication that is clear and accessible to the greatest number of people”, it said in the introduction to its 2021 annual report.

Led by a member of the Academie Francaise — founded in 1635 under King Louis XIII to guard “pure” French — the Commission says it “recalls to a broad audience the importance of having and using French vocabulary so as to keep our language functional”.

Given the dominance of English in global business and technology, its terms are the most frequently targeted for translation into the language of Moliere.

“These days there’s no invention, innovation or discovery that doesn’t have its corresponding term, increasingly often in English,” the Commission said in its report.

“The flow of new concepts that must be defined and named in French is therefore continuous.”

The report cited fields including hydrogen power, the Covid-19 pandemic and malicious digital activities as recent areas to which  its 20-odd expert groups have turned their attention.