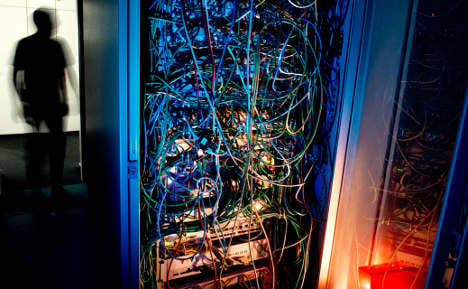 The former state-owned communications giant outlined the plans at a secret meeting in the Economy Ministry, according to magazine Wirtschaftswoche.

The country’s three biggest email providers, Deutsche Telekom, GMX and Web.de, announced in August that they would bolster security by encrypting their email traffic.

But Telekom now wants to go a step further by using domestic only connections to protect the private data of German users in the wake of the NSA spying scandal. Whistleblower Edward Snowden revealed a massive electronic surveillance programme by the US and British security agencies.

Email data is currently exchanged between users worldwide via international network hubs, where the data is processed and then sent on to its destination.

But this system has come into disrepute since information leaked by Snowden showed the US and UK governments had used the hubs to spy on millions of private emails.

Deutsche Telekom’s plan would change the system so that emails between German users are no longer transferred via the international hubs, but stay in networks within German borders.

“We want to guarantee that between sender and receiver in Germany, not a single byte leaves the country, or even crosses the border temporarily,” explained Thomas Kremer, the firm’s director of data protection.

But on Monday it was unclear how Deutsche Telekom would achieve this feat, which would also require the company’s competitors to agree to bypass the international hubs, some of which are in the UK.

The alternative would be a law forcing providers to cooperate.

Deutsche Telekom and two subsidiaries of United Internet had already created the “Email made in Germany” initiative in August 2013.

The system aimed to prove a national network was possible by specially encrypting emails and saving them in secure databanks within German borders.

But web activists criticized the scheme as a cheap PR stunt. They pointed out the emails would only be protected while they were in transit, and will still be decrypted and re-encrypted by the providers to check for malware (malicious software).

Experts are not agreed on whether a secure national email network is even possible.

Thomas Bösel, head of data protection at internet service provider QSC, said: “On the internet it just isn’t possible to know without a doubt whether data will be routed nationally or internationally.”