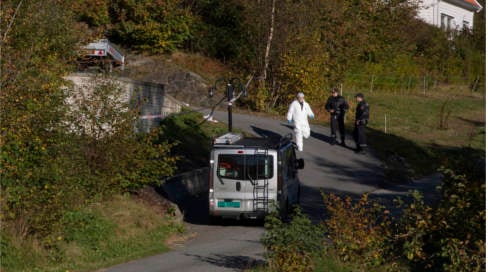 The 13-year-old had "confessed and said he was aware of what he did," Norvalls said. "We consider it to be a family tragedy."

The teenager's 45-year-old father was also injured when he threw himself over the toddler to shield him from the blows, VG reported.

According to the newspaper, the attack erupted suddenly while the three were out playing on Thursday near the family home in Sagvåg on the island of Stord, near Bergen.

The newspaper reported that a knife was found at the scene.

The three year old, who was under the care of Norway's Child Welfare Service, had been living with the family since May this year.

As a minor, police said the boy cannot be prosecuted. He will be handed over to social services if an investigation finds him responsible for the toddler's death.