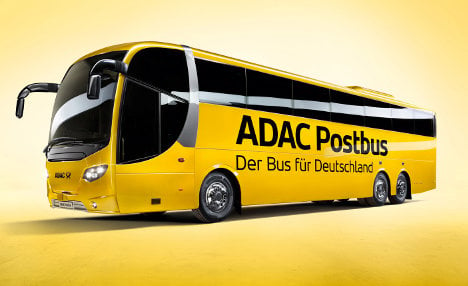 An 80-year-old law guaranteeing national train network Deutsche Bahn a near monopoly on longer journeys was lifted at the start of the year, leading to the launch of 170 new bus providers including start-up companies DeinBus.de and MeinFernBus.de.

But now ADAC and the country’s postal service are also entering the market with a fleet of yellow buses. They will initially run on five routes but then hope to expand across Germany. Each firm will own 50 percent of the new company.

The nationwide, long-distance network will be based around the two companies’ existing branches and outlets across the country, where customers will be able to buy tickets and receive travel information.