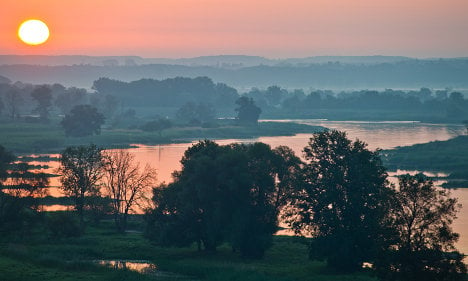 Saturday will see clouds covering much of the south and southwest – shot through by be the occasional ray of sunshine. With these clouds will come a chance of stormy showers but slightly warmer temperatures. The north will be clearer, with highs of just 14C. The west should be as warm as 23C.

Saturday night will be a showery one, particularly in south-western areas. Temperatures there will be around 14C to 8C overnight, dropping to as low as 2C in the north where the night should be clear.

The furthest eastern areas could see one of the first light ground frosts of the impending autumn. The wind could also pick up during the night, even producing gales along the North Sea coast.

Clouds and rain will continue over the south and south west as Sunday arrives. But in the north western part of the country should see the nicest weather with highs of 20C.

The east will be between 8C and 10C, with a rather fresh breeze keeping temperatures cool.

As Sunday night rolls round, the south won’t see any change, with rain and clouds still on the cards. The north will, again, be clear and cool with lows of 2C.