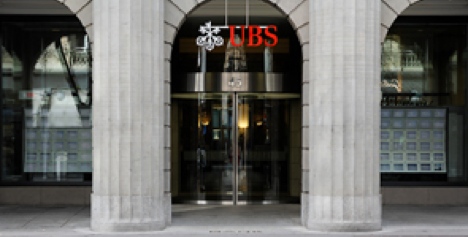 US District Judge Robert Chatigny sentenced UBS Securities Japan Co. Ltd. to a $100 million fine in which it also admitted criminal conduct. The fine is part of a $1.5 billion settlement agreed by parent UBS last December with Swiss, British and US regulators.

The Japan scheme dated from September 2006, when a senior trader at UBS's Tokyo office "orchestrated a sustained, wide-ranging and systemic scheme" to move Yen Libor in a direction favorable to the trader's positions, the Justice Department said in a news release.

Libor, which stands for the London Interbank Offered Rate, is a leading benchmark used in financial transactions worldwide.

Regulators from the US, Britain and Switzerland last December unveiled a $1.5 billion settlement with parent company UBS involving penalties and disgorgement to a number of regulators.