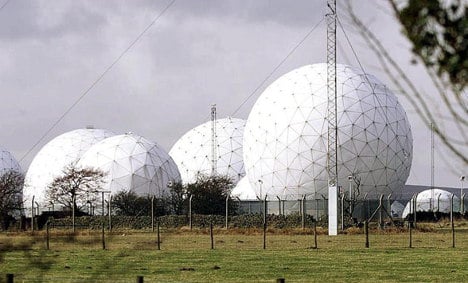 Material similar to that seen by the Süddeutsche Zeitung and broadcaster NDR was recently destroyed by British newspaper The Guardian under pressure from the government. It suggests that the GCHQ could save and analyse information about pretty much the entire European internet use. A key role in this was played by several glass fibre cables, including two owned by Deutsche Telekom.

Former US secret service employee and whistleblower Thomas Drake told the Süddeutsche Zeitung that foreign spies did not need access to cables within Germany in order to see what was happening – even emails sent between two German addresses were usually carried on international cables, he said.

The new files suggest that at least six companies cooperated with GCHQ – probably unwillingly, the Süddeutsche Zeitung said. These firms were named as British Telecommunications (BT), Level-3, Viatel, Interoute, Verizon and Vodafone – all of which operate in Germany, carrying between them much of the country’s internet traffic. BT’s customers include BMW, Commerzbank, the state of Saxony and the Rhineland Palatinate administration.