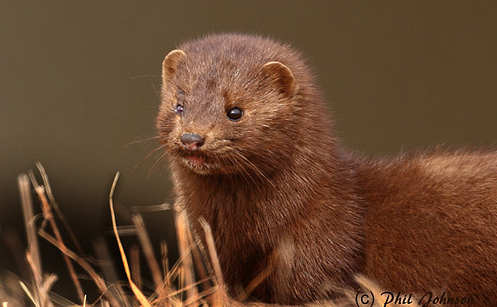 A mink - Phil Johnson
"I think it is absolutely necessary to set up a committee to look into this," said Environment Minister Bård Vegard Solhjell "The revelations of animal cruelty that have appeared regularly in recent years suggest that the industry has used up all its chances. This is the first thorough review that raises the question of whether the industry should be wound up," he told NTB.
Solhjell pointed out that several countries, including The Netherlands, had opted to close down their fur industries.
Ministry of Agriculture believes there are two main options for the industry:  sustainable development or controlled liquidation.
The committee will submit its report by 30 June next year. 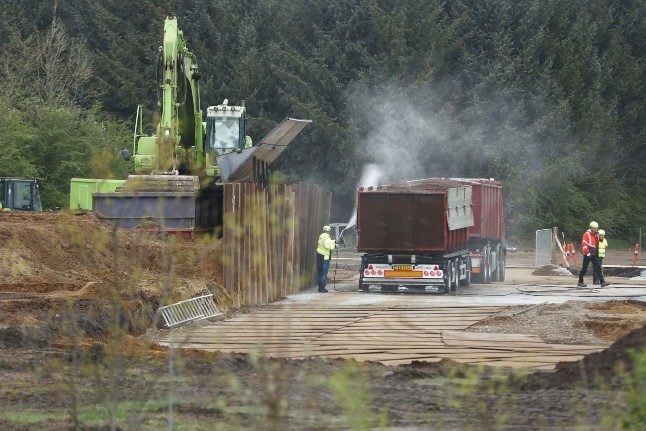 The exhumation of the minks began at 4am on Thursday. Photo: Mikkel Berg Pedersen/Ritzau Scanpix

The so-called “test exhumation” began at Nørre Felding, south of Holsterbro at 4am on Thursday morning. The carcasses will be incinerated at one of the 13 waste facilities that have submitted bids for the task, some at Amager, some at Sønderborg, and others to Hjørring in the north.

Citizens in the areas near the mink burial sites have been warned in advance that they may be exposed to bad smells when the decomposed carcasses are brought to the surface.

“I regret that this will cause some noise and some smell, but I think the residents would rather have this for a short period, and then know that the problem is solved and the risk of pollution eliminated, than have to live with the uncertainty for many years going forward,” said Rasmus Prehn, Denmark’s agriculture minister, in a statement.

But the broadcaster’s reporter Svend Vilhelm Mikkelsen said that the smell was minimal. “You can smell it clearly when the truck carrying the minks drives by, but it’s peanuts compared to standing in a pigsty,” he said.

The dig at Nørre Felding, a military area in northern Zealand, will be used to assess the condition of the minks after six months buried under soil and lime, before quickly moving on to the full-scale exhumation.

Prehn told Ritzau that Denmark had selected a public holiday, Ascension or Kristi Himmelfartsdag, to speed up the process.

“If we are to achieve this as soon as possible, before the weather becomes so warm that we risk further odor nuisances, then now is the time to strike. On a public holiday, everything else being equal, there is also less traffic on the roads, so you can reach the incineration plant more quickly.”

The plan is for all the animal carcasses to be dug up and incinerated by mid-July.