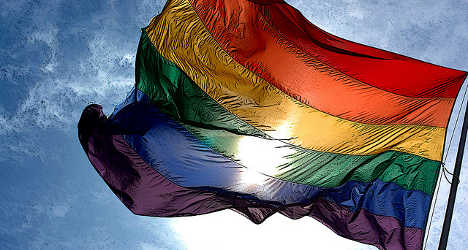 Some Italians have said the anti-homophobia bill is a threat to freedom of speech. Photo: Kevin Wong/Flickr

"The law against homophobia can be a good start…[but] it’s not enough,” Flavio Romani, president of Arcigay, Italy’s leading gay organization told The Local.

“If it’s approved this law cannot combat homophobia alone, because it’s a criminal bill and so it only has an effect after the violence has been carried out,” he said.

A parliamentary debate on the bill began in July and will resume in September.

For Romani, homophobia is a societal problem to which law must provide the solution.

“But it’s not enough to have a law that punishes crimes, it’s also necessary to have strong prevention measures,” he says.

Vincenzo Branà, president of the Il Cassero centre in Bologna, part of Arcigay, agrees that wider measures need to be taken.

“We need laws that talk of equality, that redefine this value,” Branà added.

While politicians are the people responsible for passing the law, they are also seen as part of the problem.

“If the parliament comes out with the same words that fuel discrimination and hate, it is clear that anyone can feel authorized to beat up, hit, or oppress gay, lesbian and transgender people. The example must come from the top, but unfortunately in this country it’s more often the opposite,” Romani says.

While former prime minister Silvio Berlusconi, for example, said: “It's better to like beautiful girls than to be gay”.

Branà says more gay role models are needed, in politics and elsewhere. “We need role models, men and women to identify with. Politicians, singers, sportspeople, workers of every type. Politicians must be an example: gay politicians should come out. This is the first step,” he said.

The lack of role models may have been a contributing factor to the suicide of a 14-year-old Italian earlier this month. In a note, the boy said he was gay and that “nobody understands”.

While the news prompted Laura Boldrini, the speaker of the lower house, to push for approval of legislation against homophobia, the bill still has opposition.

Ahead of the start of the debate, protesters arrived in Rome in what they said was a bid to defend freedom of speech.

Romani, however, points out that an anti-discrimination law has been in place for 20 years, although it did not cover attacks against gay people.

“Those who today stand in defence of freedom of speech, have had no objections over the past 20 years,” he says.

Branà agrees that the argument is “nonsense”. “Freedom of speech is part of our constitution, written after 20 years of fascist dictatorship.

“Freedom of speech can not be used as a way to return to the monstrous doctrine that our grandparents defeated more than 50 years ago,” Branà says.

'It's a problem of culture'

He says wider social change is needed to overcome opposition to the law.

“It’s a problem of culture…the symptoms are all around us: in advertising, on TV, in school programmes,” Branà says.

Romani says that a new school programme in needed, to overcome homophobia alongside the proposed law.

“It would be good to train teachers of religion, that work in public schools under the supervision and approval of the local bishop, that they must avoid speaking about homosexuality as a vice,” Romani says.

“There needs to be a huge social change, so that when at a certain point a young person realizes they are gay they don’t feel ‘wrong’,” he says.

Overcoming homophobia in Italy needs to involve every aspect of society, the Arcigay president says, although legislating should be seen as a good starting point.

“All this cannot be tackled by one criminal law…[But] it’s a huge step forward,” he says.