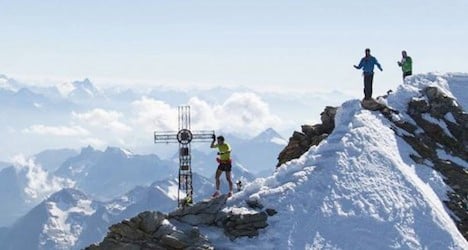 The 25-year-old Spaniard left the village church at 3pm, reached the top of the 4,478-metre mountain straddling the Swiss-Italian border and returned to the village two hours, 52 minutes and two seconds later, according to media reports.

The wiry Catalonian knocked 22 minutes off the previous record for the fastest ascent and descent of the Matterhorn achieved by Italian Bruno Brunod in 1995.

"I'm more than super happy," Jornet wrote on his Facebook page after returning to Cervinia at 2,050 metres.

By his own reckoning he made the ascent of the Matterhorn in less than two hours — one hour, 56 minutes.

The feat comes less than two months after Jornet raced up and down the 4,810-metre Mont Blanc, the European Union’s highest peak, in four hours, 57 minutes to set another record.

Jornet bounded up the formidable French mountain on July 11th dressed only in a t-shirt, shorts and running shoes after starting early in the morning from the town of Chamonix, 1,037 metres above sea level.

He was clad similarly for his climb of the Matterhorn, located in the canton of Valais.

A photo on his Facebook page shows him holding on to a cross erected near the summit with two other mountaineers.

To prepare for the bid, Jornet climbed the summit eight times over a two-week period, La Nouvelliste newspaper from Valais reported online.

The climber is scaling celebrated mountains around the world as part of a “Summits of my life” project.

Next on his list of peaks is 5,642-metre Mount Elbrus, the tallest peak in the Russian Caucasus range.

He plans to finish next year by climbing Mount Everest, the world’s highest mountain at 8,848 metres. 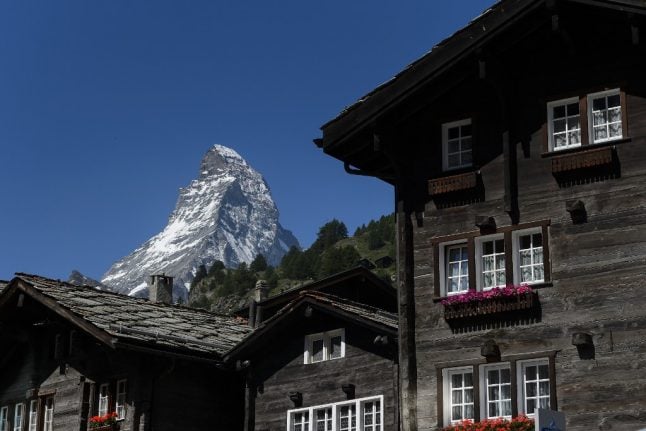 Is the Matterhorn now too dangerous to climb? Photo: AFP

Read all the latest on this story here

“The mountain has become “too unstable and therefore too dangerous to be a tourist attraction climbed by loads of people every day,” one unnamed guide told Swiss weekly SonntagsZeitung.

Now some climbers want to the mountain closed to climbers as was the case after a huge rock slide during the extremely hot summer of 2003.

It is still not clear what caused the rock fall that killed two climbers recently but geologist Hans-Rudolf Keusen with the Swiss Alpine Club told SonntagsZeitung that hot conditions were “very probably partly responsible”.

Keusen said that permafrost was thawing at increasingly high altitudes.

He said that this was why rock falls and avalanches were increasingly common above 2,500 metres – especially on the exposed north faces of mountains.

But Keusen is against closing mountains to climbers. He says climbers have to take personal responsibility for risks and must inform themselves about local conditions.

Closing the Matterhorn 'a laughable idea'

Meanwhile, Raphaël Mayoraz, head of the natural hazards department in the canton of Valais called the idea of closing the Matterhorn “laughable”.

He said climbing was a “private activity” and that authorities should instead ensure climbers are aware of the risks.

But, as Keusen admitted, this risk is hard to measure. He noted increased instability at higher altitudes was an issue across the Alps as a whole, affecting cable car stations, hiking tracks and climbing routes.

No plans to close mountain

In comments made to Swiss national broadcaster SRF, Zermatt commune president Romy Biner said a closure of the mountain was not being considered.

She noted there were 38 4,000-metre peaks in the commune and that the issue of thawing permafrost was not only applicable to the Matterhorn.

“We can't take responsibility for everything,” the commune president said.

READ ALSO: 'Now I know what hell is like' – survivor of Swiss Alps tragedy