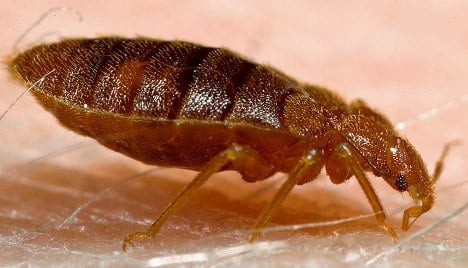 The swarm of bugs took over the family’s flat in the town of Aiterhofen following building work on the street.

Vibrations from the building work appeared to have caused the horde of bugs to move into the flat and they crawled through the walls, floor boards and plug sockets, the Straubinger Tagblatt newspaper reported on Wednesday.

All of the family’s furniture, kitchen utensils and toys, belonging to their four and six-year-old children, were covered with the creatures.

The newspaper reported that the family had to flee to their garden to escape the infestation and live in a tent, while they searched for a new flat. But they have not been able to find one so far because of money difficulties.

“I don’t know what we’re going to do,” the mother told the newspaper. “We put all of our money into the flat.”

She told broadcaster Bayerischen Rundfunk: “We will have to go and beg now.”

The local council has been made aware of the case but can do little as the flat is privately-owned.

A council spokesman said: “The woman came to us with her mother four weeks ago and asked if we had a flat for her because her one had been overtaken by bugs and the pest controller could do little.”