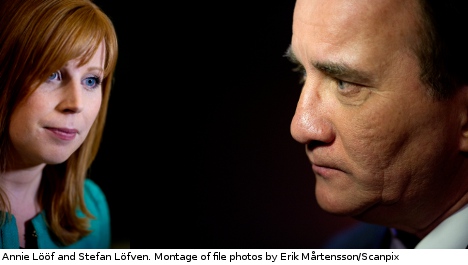 The Svenska Dagbladet (SvD) newspaper reported that Social Democrat leader Stefan Löfven aims to undercut the Centre Party in the hope of knocking the wind out of the four-party conservative coalition that has held power in Sweden for seven years.

“We see huge potential,” Löfven has said following the publication of his book The Flying Bumblebee (Hulman som flög). “We will have even better policies that could very well attract (the Centre Party’s) voters.”

The election strategy reportedly has the backing of one-time prime minister and party leader predecessor Göran Persson, despite having worked with the Centre Party in the 1990s.

Persson, a Södermanland County native, has said elections are won in the countryside, rather than “Stureplan, Nacka or Lidingö” – a reference to upper middle class neighbourhoods of Stockholm.

While the Centre Party has long been associated with the agricultural industry, recent attempts to rebrand itself into something close to a libertarian party has failed to woo voters.

RELATED STORY: ‘The Centre Party is a confused party’: expert

In the spring, its leader Annie Lööf had to cut short a holiday abroad to deal with the outrage after a draft manifesto for a new identity, which included proposals on free migration and polygamy, backfired. Her party now hovers around the four-percent voter support mark needed to stay in parliament.

Any traditional rural voters who have felt left behind by the attempts to redefine the party could be ripe for the plucking, according to Göran Persson, who underlined that attracting just a few voters could mean a great deal in the polls.

“If I was in Stefan Löfven’s shoes, I’d travel across Sweden and speak about the importance of a vibrant countryside,” Persson told SvD.