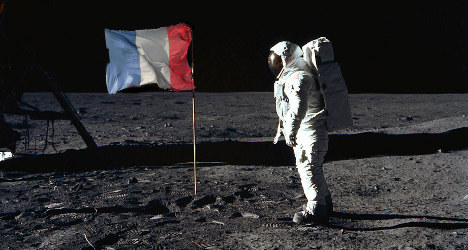 Although they went on their summer holidays in June, it seems French cabinet ministers were first handed some homework by the man in charge, President François Hollande.

Monsieur le President apparently asked his ministers to write up their vision for the future of the country: “La France en 2025,” in time for the cabinet’s “back-to-school” meeting next Monday.

And French magazine Le Point managed to get its hands on the essays of five top ministers, whose predictions were devoured by the French media this week.

Finance Minister Pierre Moscovici strikes a sober note in the preamble to the “risky exercise.” “It could seem artificial, if it drifts into a sort of work of public policy fiction,” he warns.

He goes on, however, to predict that France’s GDP will drop to eighth or ninth in the world, sinking “as always, with the UK.”

More optimistically, however, Moscovici predicts “full employment” by the year 2025.

Minister for Industrial Renewal, Arnaud Montebourg, is particularly ambitious with his projections. The notoriously patriotic minister envisions France as a world leader in the pharmaceutical, tech, agrifood, and nanotechnology industries.

Predicting a kind of “rail version of Airbus,” the minister, who has had some recent high-profile run-ins with foreign business leaders, also sees France as a global champion of aeronautics and mass rail, and the proud birthplace of a car that runs 100 km on 2 litres of fuel.

For his part, Interior Minister Manuel Valls, often regarded has having lofty political ambitions of his own, is hoping for a “French Islam at the heart of the Republic,” and the intriguing-but-vague sounding “Police 3.0.

Furthermore, Valls calls for the intriguing-sounding “Law enforcement 3.0” which promises to be “effective, close to the people, and at the forefront of technological advances.”

An end to red tape

Justice Minister Christiane Taubira envisions an end to chronic overcrowding in French prisons, through an expansion of alternative punishments and sentencing.

And Green party Housing Minister Cécile Duflot, who quotes Al Gore’s ‘An Inconvenient Truth’ in her preamble, has a somewhat idyllic plan for the next 12 years.

“Due to laws passed between 2012 and 2014,” she begins ever-so cheekily, “vacant housing will become extremely rare, and 6 million new homes will be constructed.”

“Everyone will have a roof over their heads and good quality living conditions,” she continues.

As if that wasn’t optimistic enough, Duflot appears to predict an end to France's rich tradition of red tape: “Getting access to this universal housing will no longer provoke stress and uncertainty,” she declares.

“Rather, it will be a pleasant step in one’s life,” she concludes.

Will France have changed much by 2025? The Local ponders 10 ways the country might look different. CLICK HERE to see the gallery.

What fate do you predict for France by 2025? Will the row over gay marriage still be rumbling on? Will DSK be president? And will there be a women's Tour de France by then? Join the debate by sharing your thoughts in the comments section below.