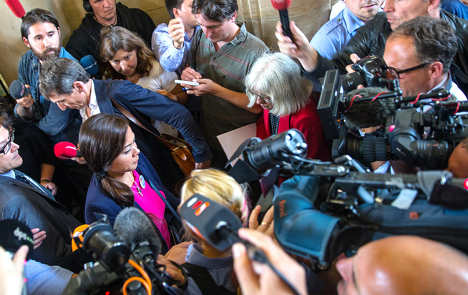 It was a busy few days in the world of animals; Lotti the turtle sparked a huge search in Bavaria after apparently biting a boy. The problem is, no-one has seen Lotti or even knows for sure that she is there.

Orphaned baby seals, nursed to rounded health, were released into the North Sea, while a badger gained world-wide, albeit anonymous fame by digging up the graves of medieval warriors, one of which was still clutching his sword.

Meanwhile in Essen police launched a manhunt for a father who went on the run after his wife and daughter were shot. Police told The Local that officers had been called to the home several times before the shooting.

A Berlin court jailed six men for beating a 20-year-old man to death, bringing to a close a very high-profile trial.

And a debate gained traction in the capital about whether to protect its central socialist-era buildings – part of the city’s character or an eyesore which should be replaced?

These are just some of the stories covered in our week in pictures gallery.