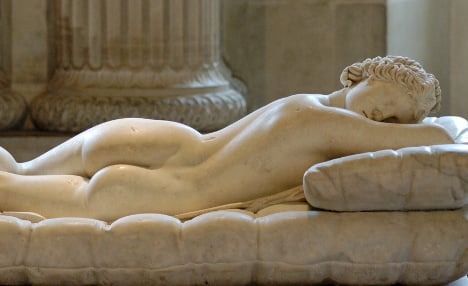 The Süddeutsche Zeitung reported on Friday that a change due to come into effect in November would give legal recognition to the fact that intersexual people were not clearly either male or female.

Although the law change stops short of actually creating a third sex, it will allow birth certificates to be left blank and for those concerned to make a decision later whether to identify as male, female or neither.

“If the child cannot be identified as female or male, the personal gender is to be left blank and to be so entered into the births register,” the new law due to take effect in November states, the Süddeutsche Zeitung said.

This small but crucial difference in the law will have knock-on effects in a whole range of other registration rules such as those for ID cards and passports, the paper said. Currently passports have to carry an F for female or an M for male.

Having nothing could create difficulties for intersexual people travelling to some countries, the Magazine for Family Law (FamRZ) said, suggesting that an X be used, as was decided in Australia earlier this year.

The background to the German law change is a ruling from the Federal Constitutional Court which said the “deeply felt and lived” gender was a function of personal rights and must apply to unclear gender.

The new law will apply to intersexuals, or hermaphrodites – people born with gender-indeterminate bodies, rather than transsexuals, who are born with a specific sex but feel they are members of the other gender.

Brussels-based lawyer Wolf Sieberich told the FamRZ transsexuals should also get the right to determine their own legally recognized gender.

Marriage law may also have to be altered as a result he said. Currently a marriage in Germany is only allowed between a man and a woman and a legally recognized life partnership is allowed for members of the same gender. Sieberich questioned what that would mean for someone whose gender is not specified.