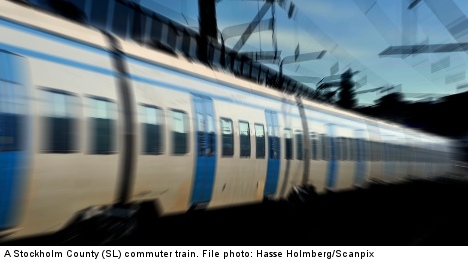 The study, researched at the Umeå University, found that 11 percent of Swedes have a journey to work that consists of a 45-minute commute or longer, and that the risk of divorce goes up by 40 percent for those commuters. The risk is the highest in the first few years of commuting.

Published last week in the UK Urban Studies journal last week, the study has even turned heads on the other side of the Atlantic.

The researcher, Erika Sandow of university’s geography department, was glad to hear that news of her study had travelled.

“I was surprised, its fun when what you do gets attention, it makes you feel that your research is important,” she told The Local.

IN PICTURES: Read Erika’s top five tips to beating a train wreck of a relationship

The data Sandow collected was based on two million couples, both married and cohabitant pairs, who lived together between 1995 and 2005. It was gathered from Statistics Sweden.

The Local first reported on her research back in 2011 when Sandow first let the world know that long commutes can be bad for marriage.

Results from the study published last week show that for men, the chances of separating were highest if the commuting is on a temporary basis, and that women’s odds decreased when they continue commuting for a longer time-period, the journal wrote.