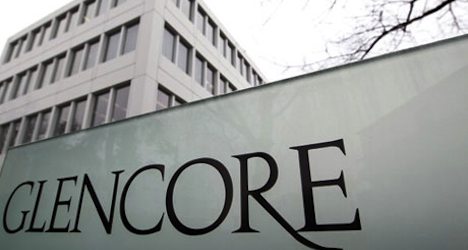 The Tampakan mine is cutting costs while it undergoes "an extremely complex and uncertain pathway to ultimate project approval", spokesman John Arnaldo of Glencore Xstrata unit Sagittarius Mining said on Tuesday.

"At present, the project faces substantial development challenges . . . no investment decision can be made until the current project challenges are resolved and necessary approvals obtained," he told AFP.

He said the hurdles include a local government ban on open-cut mining, while the company must also still obtain a substantial number of community and government permits.

Out of 1,060 workers, the company is dismissing 300 regular and project employees and about 620 contract workers, said Arnaldo.

Sagittarius describes the Tampakan project, on the major southern island of Mindanao, as one of the world's largest undeveloped copper and gold deposits.

The project would be the Philippines' largest ever foreign investment but it has been opposed by anti-mining activists, tribal groups and even church leaders.

Arnaldo said the company has so far invested more than $500 million in developing Tampakan, and had hoped early approvals would allow it to start commercial production by 2019.

The Philippines is believed to have some of the world's biggest mineral reserves — the government estimates the country has at least $840 billion in gold, copper, nickel, chromite, manganese, silver and iron ore deposits.

However, the minerals have been largely untapped, partly because of a strong anti-mining movement led by the influential Catholic Church.

Poor infrastructure and security concerns have also kept investors away.

A merger between Fiat Chrysler and Renault would have created the world's biggest carmaker. Photo: Marco Bertorello/AFP

Fiat Chrysler (FCA) “remains firmly convinced” of the interest of its offer but “political conditions do not currently exist in France to carry out such an arrangement”, it said in a statement.

French automaker Renault announced earlier that its board of directors had not reached a decision following a crunch meeting held at the request of the French state, the biggest shareholder in Renault with a 15 percent stake.

Fiat Chrysler proposed a “merger of equals” with Renault last week which was welcomed by financial markets and had been given a conditional green light by the French government, although it warned against “any haste” regarding the proposed 50/50 merger.

French Finance Minister Bruno Le Maire had said a merger, which would have brought together the flagship brands as well as Alfa Romeo, Jeep, Maserati, Dacia and Lada, would be “a real opportunity for the French auto industry”. However, he had set various conditions, including that no plants be closed as part of the tie-up and that the Renault-Nissan alliance continues.

A source close to Renault said Le Maire had asked for a board meeting next Tuesday after he returns from a trip to Japan where he will discuss the proposal with his Japanese counterpart.

At Wednesday evening's board of directors vote at Renault's headquarters near Paris, all the directors were for the merger, apart from a representative of employees affiliated with the powerful CGT union and two representatives of Nissan — a long-time Renault partner — who abstained, the source added.

The two directors appointed by Nissan, however, asked “to write in the minutes that they would say yes with a little more time”.

Fiat Chrysler said: “FCA remains firmly convinced of the compelling, transformational rationale of a proposal that has been widely appreciated since it was submitted, the structure and terms of which were carefully balanced to deliver substantial benefits to all parties.

“However, it has become clear that the political conditions in France do not currently exist for such a combination to proceed successfully.”

Renault holds a 43-percent stake in Nissan, whose stocks tumbled 2.64 percent to 742.7 yen on Thursday after the withdrawal was announced. Relations in the partnership have been under strain since the arrest last November of former boss Carlos Ghosn, who is awaiting trial in Japan over charges of under-reporting his salary for years while at Nissan and using company funds for personal expenses.

The merger would have created a group worth more than €30 billion, producing 8.7 million vehicles per year. The combined mega-group — including Nissan and Mitsubishi — would be by far the world's biggest, selling some 15 million vehicles, surpassing Volkswagen and Toyota, which sell around 10.6 million each.

Foreign takeovers of major French firms are highly controversial and successive governments have sought to defend domestic industrial groups which are seen as important for their technology or jobs.