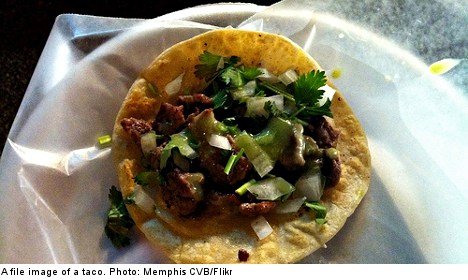 Elin Wahlgren, 16, was rushed to hospital after she started having problems breathing, but doctors in Gävle, eastern Sweden, could not save her life.

The girl’s family said Wahlgren was used to checking the ingredients of anything she ate, as she suffered a severe nut allergy. Yet on Tuesday, the tests results came back negative from the lab.

“The hospital gave us credible information that Elin Wahlgren might have died from a peanut allergy, even though the hospital has not confirmed this,” local health and safety official Martin Myhrberg told the local Gefle Dagblad newspaper.

“When you’re allergic to peanuts you are often also allergic to soy protein, which is why we tested for both,” he added.

Quornfood, makers of the vegetarian mock meat quorn, which contains some egg, has assured Swedish authorities that their products are not at risk of contamination and do not contain nuts, reported the newspaper Aftonbladet.

guacamole and cheddar dip as she went out for food with a friend.