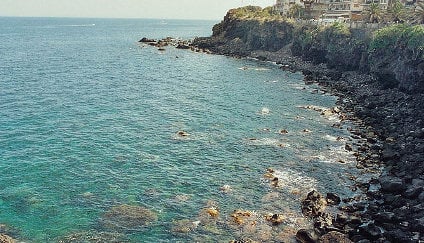 Anyone caught flouting the ban in Aci Castello will be fined €500. Photo: Wikicommons

Mayor Filippo Drago said he wants to make his town more “dignified”, according to a report in the Catania edition of Corriere.

He does not want to see any signs of nakedness on the streets of the town’s historic centre, especially near the church and other “sensitive places”.

Drago is following in the footsteps of fellow mayor Francesco Benincasa, who has banned scantily-clad visitors from the marina area of Vietri sul Mare in Amalfi.

But the proposal has irked residents of Aci Castello, a town close to the city of Catania, who do not want to remember 2013 as being “the summer of fines”.

“I do not like this regulation,” one resident told Corriere.

“I live over the road from the beach, if I go for a swim I don’t want to have to put my shirt on just to get home. This is a holiday resort, you can’t prohibit tourists from moving around in their swimming costumes.”

The mayor is also looking to ban sexual services, even though prostitution is legal in Italy. He is also considering a ban on feeding pigeons.