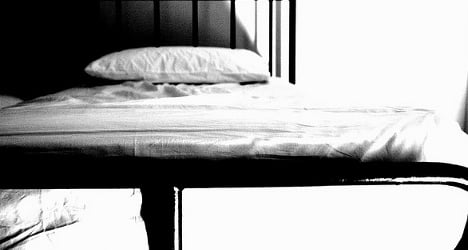 France's official Ethics Advisory Committee 'CCNE) has rejected the legalization of assisted suicide after a majority vote, it was revealed Monday.

The committee which had been asked to investigate the issue of euthanasia and come up with recommendations voted against Swiss style assisted suicide, where lethal medication is deliberately given to a patient. The vote was made public on Monday.

However, the CCNE is in favour ‘passive euthanasia,’ whereby treatment, hydration and nutrients are withdrawn at the request of an individual facing the end of their life.

'Deep sedation' is one 'end of life' care option the CCNE are in favour of which would see the patient put to sleep until the end of their life, if they have requested it and if they have asked for all treatments to be stopped.

"With sedation, it is intended to relieve the patient, but in no event bring about their death," Vincent Morel, President of the French Society for support and palliative care and a doctor at the University Hospital of Rennes told Europe1 radio.

Later on Monday French president François Hollande announced that “at the conclusion of debate,” his government would introduce legislation on end-of-life care, “definitely by the end of the year.”

Under the auspices of a project entitled “End of life, autonomy of the person, will to die,” Hollande had asked the council to examine the exact circumstances under which assisted suicide could be authorised.

"The existing legislation does not meet the legitimate concerns expressed by people who are gravely and incurably ill," Hollande had said at the outset of the consultation.

In February, the ethics council said that out of a “duty of humanity”, and where there were “persistent, lucid and repeated requests from someone suffering from an ailment for which the treatment has become ineffective,” it should be legal to withdraw that treatment and allow that individual to die.

But it said at the time that the condition should be verified "not by a sole doctor but a medical team" and did not use the term euthanasia but spoke of "assisted death".

The committee has also been emphatic in ruling out Swiss-style euthanasia clinics such as Dignitas, where individuals not necessarily suffering from terminal or incurable illnesses, volunteer to be given lethal injections so as to end their lives.

A 2005 law in France already authorizes doctors to administer painkilling drugs at levels they know will, as a secondary effect, shorten a patient's life.

According to France's national demographics council, there were about 3,000 euthanasia cases in the country annually on average, all of them illegal.