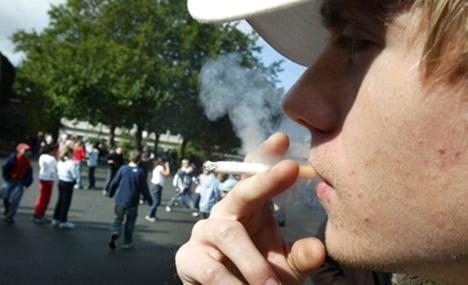 In 2001, 27.5 percent of Germans aged between 12 and 17 identified themselves as smokers – a figure that dropped to 12 percent by 2012, a study from the Federal Centre for Health Education (BZgA) said.

Commissioned ahead of Wednesday’s World Drugs Day, the study also revealed that 71.7 percent of people currently in that age bracket had never even tried a cigarette. This is a new record.

The average age at which youngsters start smoking had, the study said, risen from 13.6 years old to 14.4 during the same period. Also, the proportion of under-25s who were non-smokers had risen to one third – a new high.

“Not smoking has become the norm over the past few years,” Elisabeth Pott, head of the BzgA told the Neue Osnabrücker Zeitung newspaper which reported the study.

She added that schools should establish a prevention plan in order to reach people in all parts of society. There were, said Pott, clear differences in the standard of anti-smoking education between schools.