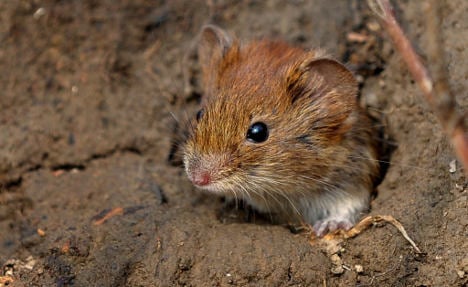 How much is a mouse life worth? Photo: DPA

We’ve all done it – bought that cut-price T-shirt despite deep opposition to child labour or the exploitation of poor workers in developing nations. We’ve almost all at one point plumped for the cheaper eggs or milk which were almost certainly produced in inhumane conditions.

Armin Falk, an economist at the University of Bamberg, set up a series of experiments to figure out how and why our personal convictions so often fly out the window when we are confronted with a possible bargain.

The Frankfurter Rundschau newspaper said Falk and his team figured out it was not just the prospect of getting a good deal that undermined good intentions – being in a competitive market made it even worse.

They ran a series of experiments with mice and students which suggested this was the case.

First, the 120 students were each given a healthy mouse with a two-year life expectancy. They were then shown a video in which a mouse was gassed to death.

And then they were asked if they were willing to sell their mouse for €10 – in the knowledge that all the ‘sold’ mice would be gassed. The tenner was enough to convince 46 percent to give their mouse to certain death, but 54 percent saved their rodent.

The second round put the mice in more jeopardy – the students were put into pairs, one with a mouse and one with €20.

They were told to negotiate to sell and buy the mouse – but that the sold mice would all be killed.

This market situation, with both parties due to profit from the transaction, made it much more likely that the students would sacrifice the mouse – 72 percent were willing to do so for a profit.

In the last round, the market situation was intensified – the sellers were put into competition with each other. Seven buyers were faced with nine sellers, all in a position to make a profit from the deadly mouse transaction.

This pushed the share of people ready to sell or buy a mouse, knowing this meant it would die, to 76 percent.

A competitive market drives down prices

Not only that, but the average price of a mouse life was pushed down from the initial €10 to just €5.10.

“Our results show that actors in market transactions break their own moral standards,” Falk told the Frankfurter Rundschau.

The market situation not only undermines individual morals by focusing a person’s attention on material rather than moral values, but also the individual sees others behaving immorally, making it easier for them to do the same.

Falk’s results were criticized by others who said all he showed was that people acted differently in groups than they did when alone. “It is an important but also a very bad result,” said economics ethicist Ulrich Thielemann.

Falk said he understood the objection, but maintained: “In a market with many actors, the study participants tended to ignore their ethics.”

This showed why people bought products in real life which they knew were produced in ways they opposed – the market situation enabled them to ignore the problems, the paper said.

And it was also why individuals deciding to make moral decisions when shopping would never be enough, said Thielemann – individual consumers did not have enough money or information to be able to make a difference.

“What we need is institutional ethics – something in the form of legally-binding social and environmental standards,” he said.

“The market forces the weak to be honest about their weaknesses to the stronger elements. But not to be morally upstanding.”

And he asked: “Why do many producers not voluntarily say where these cheap T-shirts come from? Because it pays off in the market to not be honest about these things.”