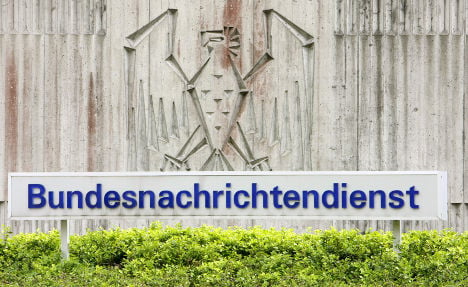 The money is to be spent on new technology and on hiring as many as 100 new employees, the service wrote. The €100 million is to be spent over a five year period, but the federal government has already released €5 million for the first phase.

The BND is moving forward with its plans despite criticism over the US spying programme. The agency, like the US National Security Agency, wants to be sure that it can survey cross-border data traffic.

The story said that German law allows for spy agencies to monitor as much as 20 percent of communication between Germany and other countries, but due to technical limitations only five percent of such traffic is being monitored.

These include emails, telephone calls, Facebook postings and Skype conversations.

In contrast to the US, which can make a record of suspicious communications, German spies have tighter restrictions. Interior Minister Hans-Peter Friedrich is calling for a loosening of those regulations.

Friedrich also defended the US from German criticism of the recently revealed spying program, saying “That’s not how you treat friends who are our most important partner in the fight against terrorism. He made his comments to the Welt am Sonntag newspaper.

Friedrich said Germany is dependent on information delivered from the US and Der Spiegel noted that there has been a considerable exchange of information between Germany and the US and that many attacks in Germany have been prevented, in part, by US information.

Justice Minister Sabine Leutheusser-Schnarrenberger sharply criticized the US actions and has called for a full explanation from Washington. Chancellor Angela Merkel is expected to address the topic this week when she meets President Barack Obama in Berlin.