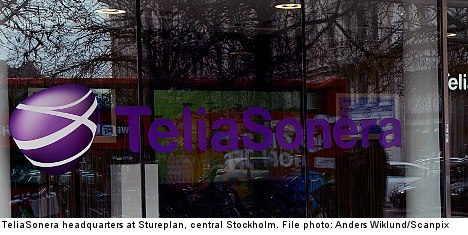 The demand is thought to indicate that Karimova may also be implicated in the alleged bribes scandal involving telecom firm TeliaSonera.

Prosecutor Berndt Berger has applied to the Stockholm district court for the hand over of the documents, which were made public by SVT’s Uppdrag Granskning programme in May.

“(It is of) great importance for the investigation for the original documents to be examined, partly with regard to fingerprints, and for writing sample analysis,” Berger’s application read, according to the TT news agency.

“We have significant reason to believe that the hand-writing, and any fingerprints, are from one of the persons who are subject to the investigation.”

It is widely reported that the person in question is Gulnara Karimova, the 40-year-old daughter of Uzbekistan president Islam Karimov.

The documents are said to discuss an agreement with TeliaSonera to sponsor events led by Karimova’s charitable organization Fund Forum, which has been criticized for financing her personal wealth and political ambitions.

TeliaSonera is alleged to have discussed receiving the protection of the Uzbek authorities, an agreement which the firm claims to have turned down.

“It is clear from the documents that Telia could consider paying two million US dollars instead of three per quarter. Offering money is itself a crime,” Berger said.

The document also refers to a forthcoming “high level meeting” in late August 2012. It is known that the former CEO Lars Nyberg visited the country on August 29th.

According to unconfirmed information to SVT and Fokus magazine, there were plans for a meeting then with Karimova that did not materialize. The firm has stated that the pair did not meet.

SVT has declined to surrender the documents, citing press freedom. If the court however supports the prosecutor’s application then the broadcaster will be obliged to disclose the documents.

It claimed that TeliaSonera in 2007 paid a bribe worth 2.2 billion kronor ($337 million) to company Takilant for 3G mobile telephone licences and frequencies in Uzbekistan, as well as a 26-percent stake in the Uzbek company Ucell. Takilant has ties to Gulnara Karimova.

Shortly after the allegations came to light, then CEO Nyberg promised he would resign if the bribery allegations proved true. While a Mannheimer Swartling report into the affair found no direct evidence that criminal acts had taken place, it proved enough to prompt Nyberg’s resignation.

At least three managers are currently under suspicion in the case. 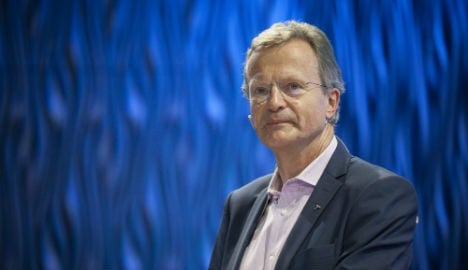 Jon Fredrik Baksaas presents his last set of Telenor results in July. Photo: Torstein Boe / NTB scanpix
According to Professor Beate Sjåfjell, a law professor at the University of Oslo, Baksaas’s three years on board of Vimpelcom between December 2011 and December 2014 mean he could be held partly responsible if Vimpelcom is proven to have given bribes in Uzbekistan.
“The board of a company has the ultimate responsibility for ensuring that it is operated lawfully,” Sjåfjell told Norwegian state broadcaster NRK. “As a result, Baksaas and the other directors of Vimpelcom could risk a criminal prosecution.”
Vimpelcom, in which Telenor owns a 33 percent stake, is being investigated by American and Dutch authorities for paying bribes to set up its Beeline phone company in Uzbekistan.
Sjåfjell argued that even without evidence showing Baksaas was  involved in or even aware of illegal payments, the well-publicized corruption issues in Uzbekistan could leave him vulnerable to charges of negligence.
“Uzbekistan is so high on the list of world’s most corrupt countries that anyone at all familiar with anyone aware that Vimpelcom wanted to establish themselves there must have realized that they had a special responsibility to check whether the investment took place in a correct manner,” Sjåfjell said.
Birthe Eriksen, an expert on corruption at the Norwegian School of Economics (NHH), said that US authorities were increasingly seeking to hold the board members of companies responsible for violations of the US Foreign Corrupt Practices Act.
Her colleague Tina Søreide said that executives could be charged in the US, even without any proof of direct personal involvement
“Board members can be held accountable for the failure of systems, even if it cannot be proven that they have requested or accepted that the company become involved in corrupt practices,” she said.
“There is evidence that board members play an important role in preventing corruption, and whistle-blowers are encouraged to contact the board if they have information about corruption,” she added.
“Through making directors personally responsible, the justice system aims to reduce the willingness of board members to remain passive when they receive information about corruption.”
According to Norway's Klasskampen newspaper the law firm hired by Telenor to “leave no stone unturned” in its investigation of how Telenor handled the Vimpelcom case will not touch on what information the Telenor directors on Vimpelcom's board were given.
“When I talk about an investigation of the Telenor system, I mean it internally within Telenor,” the company's new chief executive Sigve Brekke told the newspaper. “We have no record of what has happened on Vimpelcom's board.”
Url copied to clipboard!