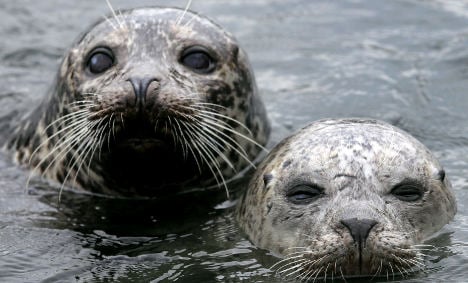 The waters around the Baltic island of Rügen are home to between 50 and 60 grey seals. “Ten years ago we would see three to four in the winter months,” head of the federal Marine Protection Agency Henning von Nordheim said.

While there are ample breeding spots available, Nordheim said there would be no pups joining the adults this year. However, he said he was optimistic that a grey seal would be born in Germany next year.

He made reference to another group of seals in the waters surrounding Helgoland, an archipelago in the North Sea, saying it took the group there years to reproduce.

Conservationists are pinning enormous hope on the birth of a grey seal in German waters. It would be a coup for those hoping for a stable population on the country’s shores, since seals always return to their birthplaces to breed.

The German Marine Museum estimates that the Baltic Sea was home to some 100,000 seals at the end of the nineteenth century. But the population was decimated by hunting and by the 1920s the grey seal had all but disappeared from German shores.