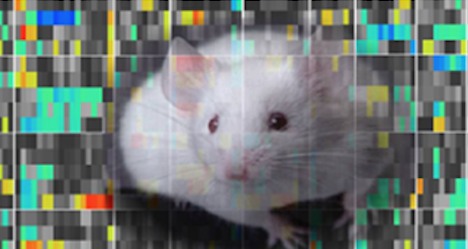 "They were not only living longer, but were also more fit," said Johan Auwerx in a video released on Wednesday by the Federal Institute of Technology in Lausanne (EPFL), a cutting-edge research institute.
The findings of Auwerx's team have been published in the scientific journal Nature.
The goal of the research was to work out why certain individuals of the same species can have a far longer life-span than others.
"Our lab has for some time been using a complex genetic reference population of mice, which mimic the human population, to study ageing," said Auwerx.
The scientists started by examining mice's mitochondria — a cell's version of a power plant — and uncovered a group of three genes that affected the animals' life-span via their speed of functioning.
Those whose genes were 50 percent slower lived some 250 days longer, or about 30 percent of a mouse's lifetime.
"Based on this observation, we switched model, and started validating this experimentally in a worm," said Auwerx.
"Knocking down the same proteins, we could see an up to 60 percent extension of worm life-span," he added.
Auwerx underlined that since mitochondria are bacteria living within cells, his team then experimented with antibiotics, which target bacteria.

"We could see that treating the worms with the antibiotics also mimicked the genetic effects, and they also lived 60 percent longer," from 19 days to 30, he said.
Mitochondria transform nutrients into various kinds of protein, and several previous studies have suggested that they may be the motor of ageing.
The Swiss team, working with counterparts in the Netherlands and United States, managed to identify the specific gene involved in the process and work out how variations in protein could affect life-span.
They worked out that so-called MRPs — for mitochondrial ribosomal proteins — had an inversely proportional impact on longevity.
In addition, they found that a lack of MRPs at key moments of an individual's early development caused stress on mitochondria.
This has short-term negative impacts such as a fall in fertility, but in the long term appeared to result in a better muscle structure as well as a longer life.
The researchers underlined that further studies would be needed to confirm whether antibiotics could be used to rein in ageing in mammals.