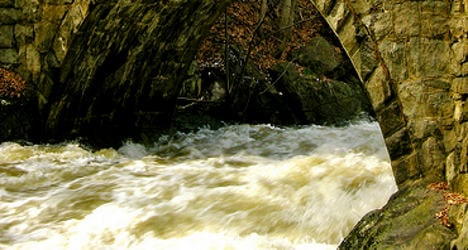 On Thursday afternoon the service forecast heavy rain and localised storms that could cause flooding because of the already high water levels and saturation of the ground.

“Heavy rain and occasional storms are forecast for the Rhône Valley area overnight Thursday and into Friday,” a statement from Méteo France said.

It has issued warnings over flash floods as well likely heavy traffic on secondary roads as well as disruption to train services. It advises against people going out walking in areas affected by flooding.

The warnings come after a 9-year-old boy was swept away in a swollen river in the Drôme area of France on Thursday afternoon. A rescue operation is still underway to try to find him.

And on Wednesday evening part of a bridge collapsed over the Isere river due to heavy rains and increased water levels cause by snow melt.