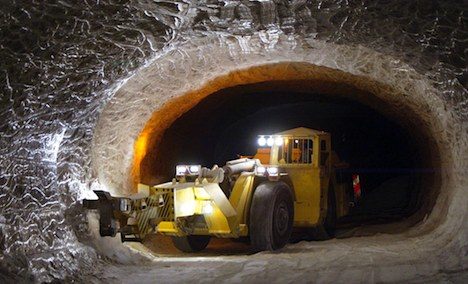 Under the government plan unveiled late Tuesday, an expert committee will be set up by late 2015 to search for a suitable underground site by 2031 where waste from Germany’s atomic power plants could be safely entombed in perpetuity.

But the question remains of where to store the thousands of tonnes of waste produced over the decades by atomic plants, and it spells a hot political issue in an election year when Merkel will seek a third term in September.

A temporary storage site at Gorleben in the northern state of Lower Saxony has drawn mass protests since the 1980s as anti-nuclear activists have sought to block radioactive waste transports there and often clashed with police.

The Social Democrats and Greens party that have formed the state’s coalition government since January oppose using a geological salt dome formation below Gorleben as the permanent storage site to safeguard the waste.

Merkel’s Environment Minister Peter Altmaier on Tuesday presented a new proposal in a Berlin meeting, which was adopted by the country’s 16 state governments and the parliamentary leaders of the major political parties.

Altmaier’s compromise plan kicks the prickly issue far down the road, with a 24-member committee set to be tasked with recommending to parliament by 2031 a new dump site, which would then be built by 2040.

The committee would represent “a broad cross-section of the population,” including scientists, anti-nuclear activists, unionists and parliamentarians, in order to have “political authority,” Altmaier said earlier.

The minister has estimated that the new search would cost €2 billion ($2.6 billion), to be paid for by the operators of the nuclear plants who have already invested 1.6 billion euros in developing the Gorleben site.

A law to be passed by early July would formalise the launch of the committee, which would then establish the search criteria, including whether the waste site should be in a subterranean salt, clay or granite formation.

Under the deal reached Tuesday, no more nuclear waste would be transported to Gorleben for now. But despite heated local opposition, the site would remain on the list of potential locations for the future permanent waste depot.