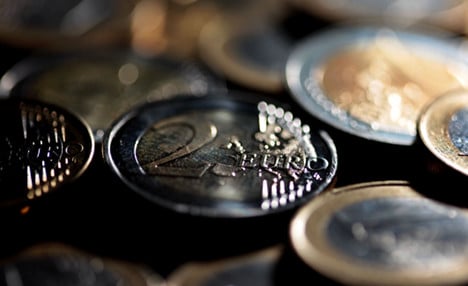 Despite the lingering eurozone debt crisis, German support for the euro had reached a new record, a year after only half of respondents said they backed it, said the Forsa institute poll for the Handelsblatt business daily.

“Many Germans are scared about the difficult-to-comprehend eurozone crisis. But this is no longer affecting their attitude toward the euro as the common currency,” Forsa chief Manfred Güllner was quoted as saying by the daily.

The survey found 69 percent support for the euro, about 11 years after it replaced the deutschmark, which Germans had long treasured as a guarantor of stability and a symbol of their post-war economic success.

The poll found that support for the euro was strongest among higher-income earners and among Greens party voters, of whom 88 percent backed the common currency now being used by 17 EU member-states.

When the euro was introduced, Germany was dubbed the “sick man of Europe,” with low growth rates and high unemployment, but it is now enjoying a relatively low jobless rate of 7.2 percent and has escaped recession unlike much of the eurozone.