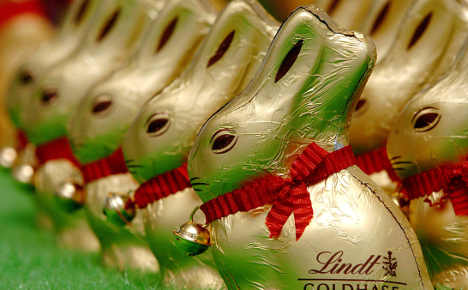 The company claimed bunnies produced by Bavarian confectioner Riegelein were too similar to its own. But the supreme court in Karlsruhe disagreed.

“We’re very, very disappointed but we have to accept the decision,” a Lindt spokeswoman said.

While the court denied a further appeal, it’s unlikely to be the last time the Swiss chocolate company takes action against its rivals. Its golden bunny sporting a red bell is protected as a trademark in some countries.

Lindt has laid exclusive claim to the golden bunny for more than a decade in Germany and has tried to prevent competitors making similar products several times. However, the sideways-gazing chocolate bunny dates back to the 1950’s, when it was a favourite among many chocolate connoisseurs.

“Lindt did not invent the golden bunnny. Seated bunnies gazing to the side wrapped in golden foil have a long history,” Peter Riegelein, managing director of Riegelein, said on Thursday.

Lindt’s chocolate bunny is sold in more than 60 countries. A total of 150 million specimens, ranging from miniature rabbits to well-proportioned bunnies with bells, along with a plus-size version weighing a kilo, will be on the market this Easter.