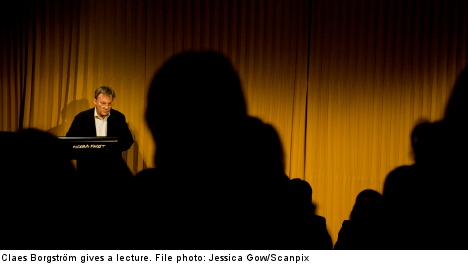 Australian media reported on Thursday that the woman was not happy with how her lawyer Claes Borgström had handled the case when speaking with the media.

While her application to a Swedish court to change lawyer is not available to the public, Borgström addressed the report in a statement.

His former client has reportedly asked that lawyer Elisabeth Massi Fritz take over.

WikiLeaks founder Julian Assange is wanted for questioning in Sweden over allegations of rape and sexual assault. He fought extradition to Sweden, from which he fears extradition to the US, in the British court system.

His appeals were struck down. Assange is currently residing at the Ecuadorian embassy in London, which local police cannot enter.

In Sweden, meanwhile, Borgström said the sheer size of media coverage of the case made it even more important for his client to feel comfortable with her legal representative.

“In any sexual offence case it is particularly important that the plaintiff feels confident in the lawyer representing her,” he wrote in a statement.

“This is even more true when we take into consideration the attention this case has attracted.”

Australian media reports also said that chief prosecutor Marianne Ny had quit the case, which was declined by the country’s Prosecution Authority (Åklagarmyndigheten) on Thursday when contacted by Swedish press.

“Ny still heads the investigation and is responsible for the case,” spokeswoman Britta von Schoultz told the Expressen newspaper.