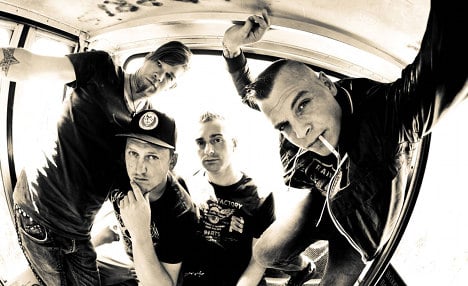 But after loud protest from others up for the Echo, the German equivalent of the Grammy awards, including bands MIA and Kraftklub, the music association the Phono-Akademie decided to pull Frei.Wild from the nominations list on Thursday.

The decision reportedly came after intensive discussions about the controversy surrounding the band, which is considered part of the so-called “identity rock” genre often associated with the far-right.

Florian Drücke of Germany’s music industry council the BVMI said in a statement that Frei.Wild’s chart success and subsequent Echo nomination had caused not only controversy but also overshadowed the nomination of other popular artists.

The line between “identity rock” and neo-Nazism is, according to undercover journalist Thomas Kuban, fluid. He explained on FM4 radio station that there were numerous bands labelling themselves as belonging to the genre, which are held in high esteem on extremist forums.

Both Kraftklub and MIA posted messages on their Facebook sites urging fans to boycott the awards.

Kraftklub said that it did not want to be associated with Frei.Wild and MIA said it was thrilled about the nomination until it realized that the controversial band were also nominated for the same award.

But apparently not everyone in Germany does. The neo-Nazi NPD party announced on Friday that it would protest the decision to exclude Frei.Wild from the Echo awards ceremony on March 21st.

A statement released by the far-right party said it would hold a vigil in front of the venue in Berlin in support of the band.